Parents whose children learn at Seventh Day Adventist-run Solusi High School are up in arms with the school’s administration after a boarding master severely assaulted some Form One pupils resulting in five being hospitalised. 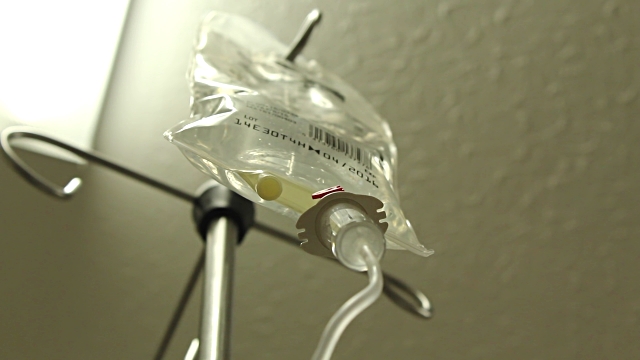 School officials are said to have been protecting the man at the centre of the storm – Mr Methuseli Ncube – as there have been complaints in the past, but no action was taken against him.

During visiting day to the school on Sunday, some parents found their children nursing injuries and when the pupils were interrogated they opened up on the abuse for various alleged misdemeanours.

Angry parents told The Chronicle yesterday that school and church officials were reluctant to act on Mr Ncube.

The pupils were allegedly assaulted on different dates since schools opened last month and the latest incident occurred some time last week.

A source said Form Six pupils recorded Mr Ncube beating up one of the pupils.

The Chronicle could not get the voice recording but tracked one of the hospitalised boys at a local hospital who narrated his ordeal.

He revealed that pupils were severely assaulted after delaying to go to the dining hall to eat.

The schoolboy said on the day, Mr Ncube beat them up using a thick stick.

“This was not the first time that he beat us up like that. He clamps our heads tightly between his legs and then bashes us with a log, a stick, fists or anything that he can get hold of. Most of the times, he insults us with obscenities, even referring to our parents’ private parts. He even boasts that no one can do anything to him because he claims he is untouchable. If it was up to me I would just transfer from this school. It is even making me hate my childhood church,” said the boy in-between sobs, as he narrated his story.

One of the parents who approached this publication said when she found her child nursing wounds on Sunday, she immediately decided to withdraw him from the school.

She described Mr Ncube’s conduct as inhumane and brutal for someone working at a Christian school.

“I just had to withdraw my son from Solusi in peace. I am not happy about the treatment that children are being subjected to. This is not what Solusi used to be like during our days.

“As a parent imagine how traumatising it is to get to your child’s school for visiting day and you find him in such a terrible state. We actually had to take our kid immediately to hospital as he was even struggling to speak, that is how bad it was,” said the mother who preferred to be anonymous.

Investigations revealed that this is not the first time that Mr Ncube, who could not be reached for comment yesterday, has been in the eye of the storm.

Contacted for comment the SDC’s chairperson, identified as Mr Tshalimane said: “I am not at the school right now. Actually I am in Plumtree hence I don’t know what you are talking about. Besides I was at the school on Sunday and I did not hear anything to that effect. Call me tomorrow (today) maybe I might have a comment for you.”

The school head, Mr Phanson Tshuma said he was not allowed to talk to the media.

However, a senior official at the school, who preferred anonymity fearing victimisation confirmed the matter.

“Honestly, that issue is there. Every time there is an SDC meeting the matter is raised but it seems the church is comfortable with Mr Ncube’s conduct, for some of us we cannot do anything because it might seem like we have a vendetta against him,” said the official.

A woman who answered Mr Sibanda’s phone said he would be in a position to talk after 45 minutes.

When later called, she said it was impossible to talk to Mr Sibanda as he had other pressing matters.

“We have other commitments,” she said. The Chronicle