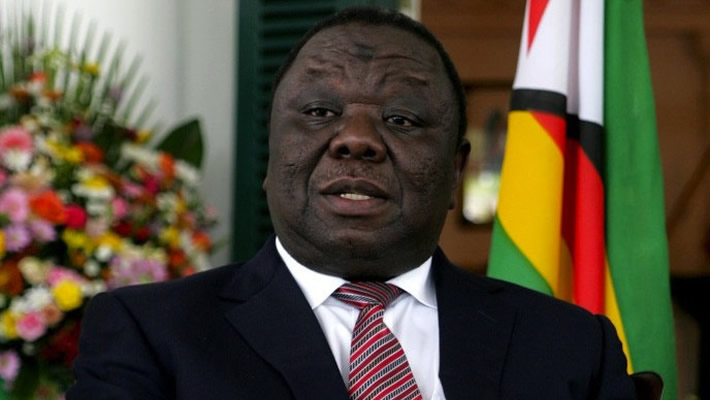 A respected local think tank has warned the country’s quarrelling opposition to get its act together now, or risk being humiliated by Zanu PF in the 2018 national elections, despite the ruling party’s worsening tribal, factional and succession wars.

The Zimbabwe Democracy Institute (ZDI) also warned in its latest political economy review, that it did not bode well for the opposition that its coalition talks had so far not yielded any tangible results and that all the talk among long-suffering Zimbabweans was about Zanu PF’s ructions and President Robert Mugabe’s old age and state of health.

Writing in the ZDI report, prominent University of Zimbabwe (UZ) political scientist, Eldred Masunungure, also lamented the fact that opposition parties were presently defined both by their individual and collective weaknesses, as well as their fragmentation and “confusion”.

“The prospects for a pre-electoral coalition of opposition parties are no brighter now than they were a year ago. The discourse among them is quarrelsome and noisy, with each one parading its virtues while denigrating the others.

“The opposition is plagued by deep-seated suspicions, distrust and petty jealousies and there is no unifying common history, beliefs and values or ideology except a quest for power,” Masunungure said.

“For good or bad, for the foreseeable future, Zimbabwe’s destiny is in Zanu PF hands. This is notwithstanding the convulsions and fissures that presently define the party.

“Indeed, although the party is at its weakest in many years, the reality, however, is that its rivals are even weaker.

“It is thus important not to underestimate but to acknowledge the capacity of Zanu PF to recreate and rejuvenate itself, which it has done very well on several occasions in its life time. It is a 53-year old party that has seen it all.

“And, to the chagrin or disappointment of many in and outside Zimbabwe, Mugabe is still genuinely popular among a significant proportion of Zimbabweans.

“He rules, not only through coercion, but also through legitimation activities. In other words, he is not just a populist, he is also popular.

“As such, I don’t see the ongoing internal troubles and tribulations as necessarily signaling Zanu PF’s end game,” Masunugure added.

Zanu PF is deeply divided over its unresolved succession riddle, which has split the former liberation movement right through the middle — with the Team Lacoste faction rallying behind Vice President Emmerson Mnangagwa’s mooted presidential aspirations, and the Generation 40 (G40) group rabidly opposing the Midlands godfather from succeeding Mugabe.

The ugly infighting has escalated over the past few weeks as both the G40 and Team Lacoste have gone at each other hammer and tongs, particularly since the release of images showing Mnangagwa holding a coffee mug inscribed with the words “I am the Boss” during a festive season gathering at his Zvishavane rural home.

Since those images emerged in the public domain, the G40 has gone to town about the issue, interpreting it as the VP’s open statement that he has unbridled presidential ambitions.

On the other hand Mnangagwa’s allies have been making loud calls for Mugabe to pave way for his deputy at both government and party level.

However, the Zanu PF leader has studiously refused to do so, arguing that his party should rather follow what he sees as a more democratic process — managing his succession via a congress.

Masunungure argued in his paper that the transition from Mugabe to whoever would succeed him was most likely to be problematic, and to be potentially violent and bloody.

He said in case Mugabe died in office, it would be a “State House to Heroes Acre scenario”, and should this happen, whether before or after the 2018 elections, the chief beneficiary was most likely going to be Mnangagwa.

“Until Mugabe dies and before the (party’s) 2019 congress, ED (Mnangagwa) is likely to retain his position as State vice president after the 2018 elections, by virtue of the same position in the party.

“Mugabe does not normally want to change his team mid-stream and the Joice Mujuru saga is the most vivid testimony to this,” Masunungure said, adding that as a likely beneficiary in this scenario, Mnangagwa would also likely have the support of securocrats.

He also noted that at a practical level, and given Mugabe’s advanced age and increasing frailty, he no longer had the physical and mental stamina to be fully in charge of the levers of power.

“This is actually already happening and will be accelerated during this period. In a way, by the end of the period, it will resemble the ‘wheelchair scenario’ where Mugabe will be governing from a wheelchair.

“This is what both the First Lady and war veterans’ alluded to in November last year,” Masunungure said.

Other political analysts have also said the opposition has brighter prospects of ending Mugabe and Zanu PF’s long but tumultuous rule if they contest as a united force in the eagerly-anticipated 2018 elections.

Former prime minister in the government of national unity, Morgan Tsvangirai — the only opposition leader to have defeated Mugabe in an election, in the 2008 polls — has been holding secret talks with former Vice President Joice Mujuru and other opposition leaders, as they doggedly work to knit together the much-talked about grand alliance which is scheduled to be in place before the end of this year.

And since Mujuru joined hands with Tsvangirai and marched with him on the streets of Gweru in August last year — in a rare public display of unity among the opposition — there have been growing calls by fed up citizens for the formation of the grand opposition alliance ahead of 2018.

Mujuru, who was sacked from Zanu PF on untested allegations of trying to assassinate Mugabe, together with other former Zanu PF bigwigs such as Didymus Mutasa and Rugare Gumbo, now leads the opposition Zimbabwe People First (ZPF).

And in her latest video that was broadcast this week, she re-assured Zimbabweans that the opposition would not miss the chance of forming a coalition.

“ZPF supports a united approach with other major political parties such as MDC. Other genuine smaller parties are important and they too have a role to play in the right context. The democratic landscape has enough space for all progressive forces to collaborate.

“We are therefore committed to a coalition as we go into the 2018 elections. There is no obstacle that is bigger than the urgent need to usher in a new Zimbabwe. Zanu PF can be dislodged if Zimbabweans are united to liberate themselves,” Mujuru said. Daily News

Mnangagwa cancels sanctions meeting in Cuba due to bad weather