Robert and Pearl Thusi are in love. But Pearl’s father is a very angry man. 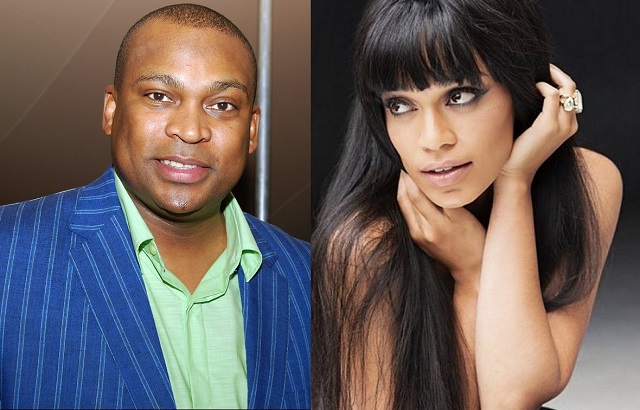 Everything looks glitzy for the two love birds. But Pearl’s dad is reeling with anger and disappointment.

He accuses the Marawa family of disrespect.

‘Within a couple of hours, I was in ICU’, Robert Marawa…

He says they are ignoring the fact that they must pay ilobolo for his daughter.

Bhekizizwe told Sunday Sun: “The Marawa family treats Pearl as their makoti. But they haven’t united the two families in the traditional way.

“And I’m still waiting for the Marawas to come for ilobolo negotiations.”

The angry taxi boss told the People’s Paper: “Pearl told me about the engagement. But she didn’t say when the Marawa family were planning to pay ilobolo for her.

“In my family, ilobolo is paid. And only then can they claim our daughter as their makoti.

“I get the impression this family undermines me as Pearl’s father,” he said.

But the old man said he’s not planning to call the Marawa family and ask for ilobolo payment.

“They know how we do things as traditional people. They know they must do the right thing.

“And the Marawas have a background of rural life. They know exactly what they must do.

“Pearl hasn’t said anything to me about the wedding. I don’t know. Maybe, they got married without my knowledge,” said Bhekizizwe. Daily Sun

‘Within a couple of hours, I was in ICU’, Robert Marawa suffers third heart attack

AUDIO: Axed presenter Robert Marawa tells SuperSport to ‘be honest with the people’