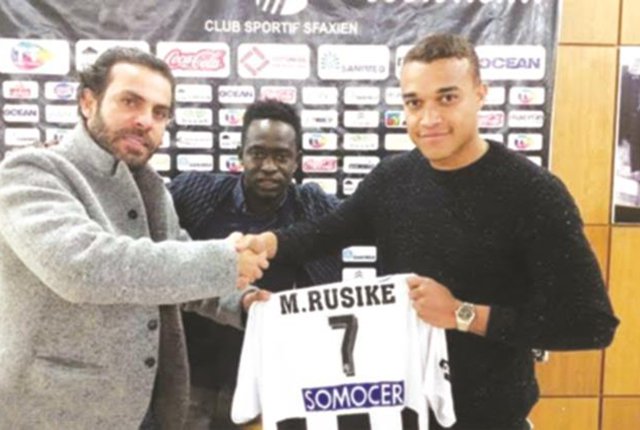 Rusike who is part of the Warriors team preparing for the African Cup of the Nations tournament was this week released from camp to go to Tunisia to complete the deal.

The 26-year-old forward has been hunting for a new home following the relegation of his Swedish side Helsingborg.

The forceful forward has had stints in South Africa, Portugal and recently Sweden.

Rusike had spent 18 months in Sweden where he also played for Halmstad BK.

He has also played for South African giants Kaizer Chiefs and CD Nacional Primera in the Portuguese Primera Liga.

His new club CS Sfaxien have underlined their status among the top clubs in Tunisia and on the continent where they feature regularly in the CAF competitions.

CS Sfaxien are currently leading the championship race in Tunisia ahead of regular campaigners Etoil du Sahel and US Ben Guerdane. The Herald