Warriors say no to Zifa Village

Just when it seemed it was all poised for a strong final leg of preparations, chaos has once again rocked the Warriors camp with Zifa and the players involved in a nasty fall out over accommodation. 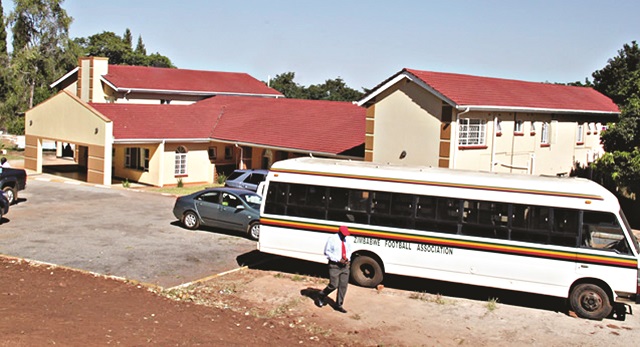 The Warriors, unhappy with the “sub-standard facilities at Zifa Village which could have seen one room accommodating five beds and a toilet”  flatly rejected the Mt Hampden venue before their New Year’s eve break.

Zifa however, tried to force them into taking up residence at the Village by deliberately ensuring the squad did not have any hotel booking on their return to camp on Monday afternoon.

It emerged that the Footballers Union of Zimbabwe had to chip in to avert business being ground to a halt as the players had threatened to return to their homes after the Monday afternoon training at Gateway High School.

SRC okays resumption of lower league football, all eyes on…

Tensions had already been simmering between the organising committee that Zifa tasked with preparing for the Nations Cup which is chaired by board member competitions Piraishe Mabhena and which also includes board member finance Philemon Machana, Zifa Northern Region board member Sweeney Mushonga, the association’s acting chief executive Joseph Mamutse and communication and competitions manager Xolisani Gwesela.

FUZ through their president Desmond Maringwa booked the Warriors into a city hotel but because of the footballers’ body’s limited resources, they could not accommodate coach Callisto Pasuwa and his technical crew.

In a move that does not auger well for a squad that is supposed to be binding, Pasuwa and his technical crew are staying at the Zifa Village while the players are in the Central Business District at a hotel with the parties having to meet at the training venue and relying on mobile phones for communication.

After first rejecting the Zifa Village when they arrived for camp on December 27, the Warriors were temporarily housed at the Rainbow Towers as Zifa hoped that the players would agree to stay at the village which had recently been undergoing some refurbishment but is still plagued by electricity and water problems.

The move by Zifa to have the Warriors check in at their own facility in Mt Hampden was aimed at cutting down on costs during the preparations.

But the players have been adamant they will not agree to the arrangement and argued that they would rather travel from their homes as the Zifa village “does not measure up to the standards that are in keeping with a team preparing for such a big tournament like the nations Cup.”

With the meeting between the players and the association’s officials failing to yield a resolution, FUZ sought an interim relief to avert a scenario that could have possibly forced Pasuwa into calling off camp.

Maringwa confirmed they had booked the Warriors at Holiday Inn after Zifa could not afford to keep them at Rainbow Towers while Pasuwa and his lieutenants stayed put at the Village.

Former Dynamos midfielder Maringwa said they had engaged Zifa and offered to assist in order to allow the preparations to run smoothly while the association continued to engage the players.

The players were checked in for three nights and should be moving out tomorrow.

“This is just a temporary measure. We had to step in, to try and assist after we had heard there was an impasse. We were told the players were dispersing and would be meeting for training sessions from their respective homes and as footballers union we felt such an arrangement was not healthy for the preparations.

“So we called Zifa and offered to assist while they find a solution. And since we enjoy a special arrangement with Holiday Inn, we tabled the offer to Zifa. It doesn’t mean we have the resources but where we feel we can, we have to chip in,” said Maringwa.

The former Zimbabwe international also urged the nation to support the Warriors in their preparations.

“The Warriors are not a Zifa baby alone but a national responsibility. Everyone should support the team in whatever way. We all have to put our hearts and minds together in these preparations because this is a national cause.

“We all agree the players need bonding and it is important to know each other well before they leave for such an important tournament. The togetherness with the technical team and the employers is important as well.

“Afcon is the highest football tournament on the continent. As Zimbabwe we will probably not get another chance as this in the near future so we have to do the best that we can so that everyone is happy and focused and that we go there and make an impact.

“We are happy the players are in good space as the negotiations continue. So we believe Zifa and the players will soon come to a consensus,” said Maringwa.

Warriors team manager Sharif Mussa acknowledged there were burning issues in the camp although he remained optimistic of solutions and agreements being struck.

The Warriors are also yet to agree with the football mother body on the bonuses and allowances before and during the tournament.

“It has always been an issue when the players are in camp. There are issues about allowances and accommodation but it’s an ongoing negotiation with the players and the relevant people at Zifa. A position hasn’t been finalised yet and we hope soon that it should be finalised,” said Mussa.

“With regards to accommodation, Zifa have made it clear that the camping for these preparations will be at Zifa Village.

“The players went there, inspected the facility and they were not happy. The players collectively then saw it fit to engage their own well-wisher to try and see whether they can get comfortable and better accommodation than the Village because they feel going into this campaign they need to prepare mentally and physically well.

“Although there is nothing really wrong with the Village except for electricity issues they just felt it was not up to their standards. So Zifa and the boys are still engaged in discussions where next they can go to depending on resources and budget from Zifa,” Mussa said.

The Warriors were also unable to use the National Sports Stadium for training because a $60 fee had not been paid, while match balls sent by Caf are still holed up at the Zimbabwe Revenue Authority for nearly two months now.

It was not immediately clear why the Warriors are experiencing all these challenges despite Zifa having received a grant from Caf for use for preparations while mobile network provider Net One announced a $250 000 sponsorship for the Warriors two weeks ago to cover all of the team’s needs for their Nations Cup campaign. The Chronicle

SRC okays resumption of lower league football, all eyes on Nakamba under-17…