Highlanders young sensation Prince Dube was last night named the Castle Lager Premier Soccer League Rookie of the Year at a glittering ceremony held at an upmarket hotel in Harare. 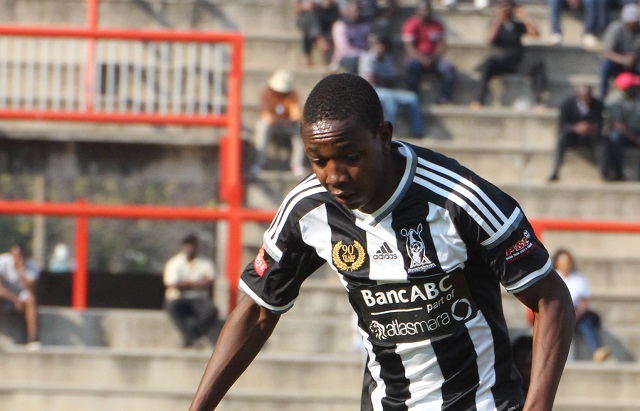 The 19 year old former Somvubu High School pupil beat a close challenge from Ngezi Platinum goalkeeper Nelson Chadya. Dube, with five goals in his debut season charmed the hearts of selectors who met on Tuesday to select the country’s 11 best footballers, Coach of the Year, Goalkeeper of the Year and the top three players from the 11 chosen.

While Dube was celebrating his achievements in Harare, his former school headmaster, Khumbulani Sibanda at the school in Inyathi district was also over the moon with the boy’s achievements.

“We are extremely happy for the boy as Somvubu Seconday Secondary. He has put the name of our school on the map and his achievement will obviously spur other rural based but talented footballers,” said Sibanda.

He was Dube’s guardian from 2013 after he took him from Makhosini Secondary School, an annex school for Somvubu.

“I took him over after his guardian could no longer afford paying his school fees because I had seen the talent in him. He had no relatives in Inyathi having been brought by one Senzo Khumalo who wanted to start a football academy in rural Inyathi but finances were a problem,” said Sibanda.

Dube was then taken aboard by Highlanders who were under Bongani Mafu then who recommended him to the juniors where he shone like a beacon, prompting the coaches to promote him to the first team.

He had a decent season and although he did not find the back of the net regularly, he contributed to nearly all the goals that Highlanders scored this season.

His goal against Dynamos at Rufaro Stadium will remain entrenched in the hearts of Highlanders supporters.

Dube leaves on Monday with the Cosafa Under-20 squad that will take part in the Championships set for South Africa where he will be the main draw card for Mandla Lulu Mpofu’s side. Chronicle