Model, actress and radio personality Tinopona “Tin Tin” Katsande has launched the #RealMenNailItZw campaign as part of 16 days of activism in which she encourages men to apply orange nail polish. 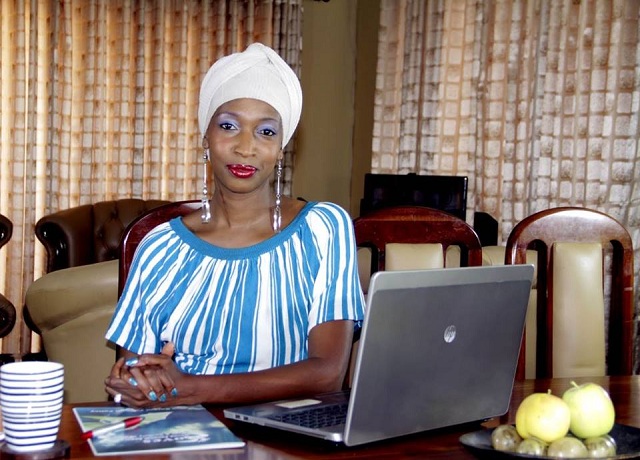 As part of the drive she will perform her one-woman play, Hot Water Bottle at Theatre in the Park on December 7 and 8.

Hot Water Bottle tells the story of a young lady who did not tolerate her husband’s unfaithfulness. It is about a woman who decides that she is better off with a hot water bottle as her companion.

Tin Tin wrote the play in 2007. Through her organisation Speak Out-Handinyarare which was founded in 2013, she is working with Padare-Enkundleni Men’s Forum on Gender.

The organisation raises awareness and also raises funds for the construction of safe houses in Zimbabwe which serve as an active resource centre for victims of domestic violence.

“This campaign will run as an online drive through social media platforms. The aim is to get 100 000 men and boys across all social, political, religious and cultural divides to come together during the 16 Days and stand in solidarity against domestic violence and GBV.

“This will be done by painting their fingers or a finger orange and posting online a picture of themselves with their orange finger nails and the statement under their nail and face would be: ‘I would rather paint my hand orange and raise it against domestic violence rather than raise this very hand to harm a woman,’” Katsande said.

This year marks the 25th year of the 16 Days of Activism Against Gender-Based Violence Campaign, initiated in 1991.

The theme of the 16 Days campaign for 2016 is “From Peace in the Home to Peace in the World: Make Education Safe for All”.

Katsande founded her organisation after she was abused by her then boyfriend. She posted pictures on social media; exposing what had happened to her in a bid to help other victims speak out. Daily News

Coffin assault accused may be safer in jail, says state