Some service stations in Bulawayo have stopped accepting plastic money from motorists when buying fuel. 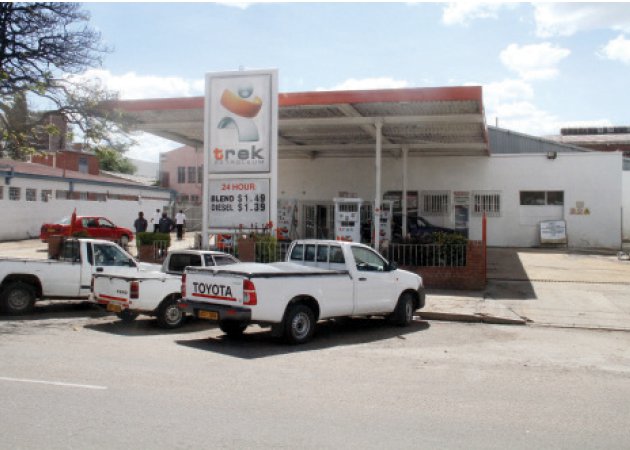 In light of the current cash shortages, the Reserve Bank of Zimbabwe (RBZ) has encouraged the transacting public to make use of plastic money and other electronic payment systems to ease the cash crisis.

Due to the prevailing cash crisis, a number of businesses including some filling stations, in recent months introduced electronic payment and plastic money platforms such as swipe machines.

A snap survey carried out by Business Chronicle in the Central Business District yesterday showed that some filling stations such as Trek Petroleum and Engen that recently introduced swipe machine services to motorists had this week suspended the platforms.

Gloves off in Zanu PF fights

Some of the fuel attendants at the filling stations who preferred not to be named said they had received a directive from their management not to accept payments through swipe machines.

“We’re no longer using the swipe machines here (Trek filling station) as management has directed us to remove them. We now accept payments that come through cash and coupons system.

“This is a directive from management,” said the attendant declining to give reasons for the suspension of swipe machines.

At Engen filling station situated at the intersection of Fort Street and 5th Avenue, a fuel attendant who also preferred not to be named said: “We have suspended the use of swipe machines starting on Monday following a directive from management. We were not given the reasons and as workers, we are working as per instructions from management,” said the attendant.

This paper also observed that filling stations in Bulawayo were accepting bond notes that came into effect on Monday.

The bond notes, which are at par with the United States dollar, were released in denominations of $2 and $5 and a $1 bond coin.

RBZ Governor Dr John Mangudya is on record as saying the notes, which are guaranteed by a $200 million Africa Export Import Bank (AfreximBank) facility, would see about $75 million worth of the surrogate currency being released into the economy by the end of this month.

Economic analysts attributed the suspension of swipe machines by some fuel dealers to measures they were putting to reduce delays they would go through when waiting for their foreign exchange allocation from the central bank.

A number of the players in the petroleum sector import their fuel and thus forex is required to facilitate international trade.

“I think their reason for suspending the use of swipe machines is largely not to do with the introduction of the bond notes, but they are trying to circumvent the delays that they go through when waiting for forex allocation from RBZ.

“If the fuel dealers have cash deposits, they can quickly do their transactions through the bank and import without waiting for forex allocation from RBZ,” said Mrs Wendy Mpofu.

She noted that fuel dealers were in business and any delays in accessing foreign currency to import the commodity means loss of income to the enterprise.

Another economic analyst who preferred not to be named echoed similar sentiments adding that the monetary authorities should build confidence around the bond notes to remove sceptism among some market players regarding the surrogate currency.

The bond notes were introduced mainly to fund export incentives of up to five percent which will be paid to exporters of goods and services and diaspora remittances. Chronicle

Gloves off in Zanu PF fights

Anthony Matutu: Battle for the RBZ and the “Judas Iscariot” within?

‘Inflation to blame for coins rejection’