A blame game has erupted between the Department of Basic Education and teacher unions following the release of a damning report that has revealed a raft of irregularities involving teachers. 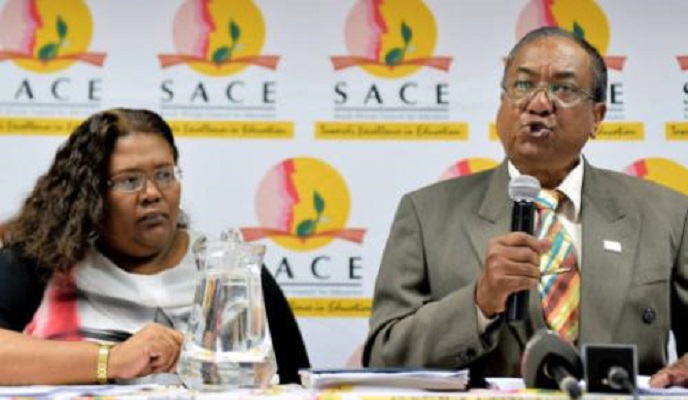 The report by the South African Council of Educators (SACE), released on Monday, showed that at least 20 teachers have been plying their trade using fraudulently acquired qualifications.

Thirty-three others were struck off the roll indefinitely for offences including sexual relationship and impregnation of pupils, rape, selling drugs to schoolchildren, indecent assault and severe assault of pupils, according to SACE chief executive Rej Brijraj.

SA professor killed by hitman after uncovering PhD fraud at…

Apr 19, 2015 169
According to SACE, 593 complaints involving teachers were processed in the past year alone.

A total of 77 hearings were instituted, resulting in 70 educators being found guilty.

For the period under review – from April 1 to November 10 – a total of 50 sexual abuse cases and 140 cases of corporal punishment of learners were received.

From April to October this year, a total of 33 educators were struck off the roll of educators indefinitely and their names forwarded to the Department of Social Development to be included in the register of persons declared unfit to work with children.

More disconcerting is that the number of educators accused of sexual indecency and corporal punishment exceeded the 97 and 160 cases that were reported in the 2015 and 2014 academic years respectively.

The country’s teaching profession’s watchdog has been dealing with numerous cases relating to teachers using fraudulent qualifications to secure jobs.

Among the fraudsters was a teacher in Limpopo who had worked for 20 years with her fake qualifications.

That teacher had not bothered to get qualifications during that period, continuing to work and get paid despite being unqualified.

“She (the teacher) has since resigned, but we are not letting her get way with it,” said Tsedi Dipholo, SACE’s chief operations officer.

“A case is being pursued by the legal authorities, and someone will have to answer.

“Paperwork allowing her to work and get paid is available, so someone must tell us how they will get the state’s money back from her,” Dipholo added.

A massive campaign to find other rogue teachers and remove them from schools was under way, and SACE had already started looking at the constitution of schools – both independent and private.

Teacher unions blamed the Department of Basic Education, saying that it had been very lax in verifying new teachers’ qualifications.

South African Democratic Teachers Union (Sadtu) general secretary Mugwena Maluleke said: “Employment is the duty of the department. They advertise the jobs, interview candidates and have to vet their qualifications.

“If they don’t do that, then they are not doing their work.”

Maluleke added that the integrity of the profession should be protected.

“Sadtu is against the hiring of people who are not qualified. The only way we can guarantee quality education is through the hiring of qualified teachers.”

National Teachers Union (Natu) deputy president Allen Thompson said: “Instead of hiring teachers when there is a new post, the department delays and advertises about 200 posts at the same time.

“As these posts are advertised urgently, they bypass important processes, like verifying qualifications.”

Thompson said Natu had made a recommendation that there be a two-month period between the advertising of a post and the hiring of a teacher.

“In that time, we can go to the South African Qualifications Authority and verify the qualifications and also check with other authorities, such as the police, whether people have criminal records.”

“SACE was created to take responsibility regarding the professionalism and discipline (of teachers). It is them that accredit teachers and give certificates to practise, and for that you need to have met the requirements.

“But it also means that SACE is the body that takes teachers off the roll.”

Mhlanga hit back at the unions for often holding processes to discipline teachers to ransom.

“The teacher unions know that when it’s time to discipline their members, they ensure that issues drag on too long, which complicates the process.”

SACE warned individuals using fake qualifications “to run” before they were apprehended and exposed.

“We are starting now with the independent and private schools, we are verifying qualifications with the educators.

“We go to the schools personally,” said Dipholo.

‘I will lock up De Klerk if I become president’: Malema