Tajamuka: Bona’s man will never be ashamed of a fat Air Zim cheque to Zanu PF

Zanu PF is holding its usual fundraising dinner with tables going for princely sums of $100 000 to $30 000 each. The money is to pay for the party’s annual congress. 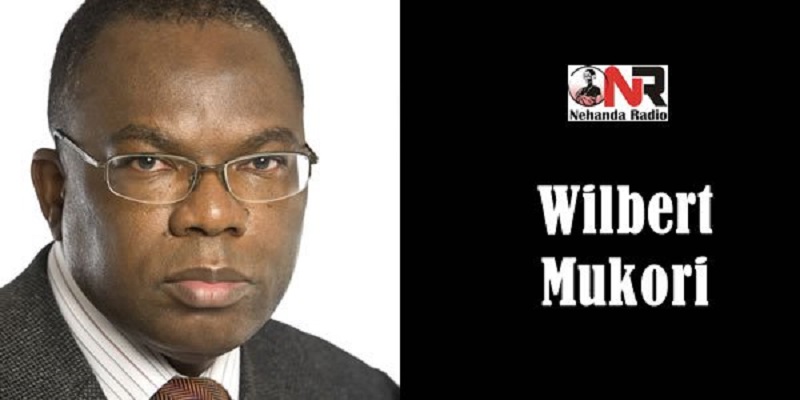 The usual suspects –  parastatals – are expected to attend. Parastatals like NRZ, ZISCO, etc. have often failed to pay their lowly paid workers for months and even years because there was no money – with the reduced business activities it is no surprise that after paying the fat cats, the top managers, their generous monthly salaries and allowances, there was nothing left for the workers.

People should not be surprised that parastatals are Zanu PF’s chief sponsors. Parastatals are all but subsidiaries of Zanu PF, Mugabe has used appointment in parastatals in much the same way as ambassadorial appointments, as the top draw reward in his political patronage system. A few weeks ago he appointed his son-in-law, Bona’s husband, to a cushy post in Air Zimbabwe.

No doubt Air Zimbabwe will be making a very generous contribution in money, services or some other way toward the Zanu PF congress – Bona’s husband and all the other political appointees in Air Zimbabwe will see to that. They know they are expected to dig deep and so they do- it is payback time.

The generous donations by parastatals in recent years has become sickeningly obscene given the organizations’ own pitiful economic situations. Parastatals like NRZ and ZISCO has gone for months and even years without paying their lowly paid workers because there was no money to pay the workers.

Whilst no one would dispute that the economic meltdown has resulted in falling income for everyone across the board. Still one has to question the glaring injustice that has allowed the salaries and allowance of the top managers and board members in the parastatals to soar into the stratosphere regardless of plummeting fortunes of the organization. And, more significantly, the parastatals may not have money to pay lowly paid workers they have always paid the top brass their due in full without failure!

Of course Zanu PF is aware of the economic meltdown, government too is failing to pay its workers much less find money for everything else. A number of high ranking party chefs including Ministers and MPs have already been dragged before the courts for failing to pay their bills! Still Mugabe expects parastatals to attend the dinner and dig deep because he knows the top brass in the parastatals have been looting big time and he expects all who have benefited from the Zanu PF dictatorship to contribute towards its upkeep.

“We want to warn corporates against donating money or in kind towards that Zanu PF fundraising dinner,” said Tajamuka/Sesijikile spokesperson Promise Mkwananzi. “We will not only name and shame them, but we will bring the struggle to their doorsteps. Businesses have an obligation to uphold the values and principles of good governance and they are not exempted from good public standing.

“We call upon Mugabe to abandon that stupid dinner. They have looted billions of dollars and what more do they need? We know they want to raise money to sponsor more violence and we want the business community to abstain from this ill-conceived process. We can’t have this in the midst of poverty.”

Well the truth is dinner gala, the looting and all the other criminal activities associated with this corrupt and tyrannical Zanu PF dictatorship have been happening for the last 36 years. The grinding poverty and hopelessness we see all across the land are the by-product of the decades of bad governance.

Grace Mugabe is expected to be guest of honour at the dinner. No doubt she will have to fly to Singapore to buy a new outfit for the occasion; she is not one to be seen in some old dress, shoes, etc.!

“Companies should flatly refuse to be forced to fund the operations of a political party that has literally ruined their business operations. Business owners should take a bold stand and refuse to be commandeered into bankrolling the operations of a party that has got absolutely no respect for the rule of law and private property rights,” weighted in Obert Gutu, the spokesperson of MDC-T.

It is this kind of the nauseating nonsense from naïve and useless people like Obert Gutu that has landed us in this mess! Most of the dinner gala attendees are nothing more than mafia members paying a cut of their loot to the Godfather. Of course a CEO like Cuthbert Dube at PSMAS who was on a $400 000 monthly package would be foolish to listen to Gutu and abandon Mugabe because they will lose their cushy position with the demise of the dictator.

Even the few from what is left of the country’s once a thriving private sector who, in attending the dinner are paying mafia protection fee, pizzo; would be foolish to listen to Gutu and refuse to pay. The regime will pressure them to pay or else force them out of business one way or the other which is exactly what has happened!

We have a well established mafia regime that has destroyed the nation’s once promising economy resulting in grinding poverty; these things are not coming in the near future, they are here already. We have had this corrupt and tyrannical Mugabe dictatorship for the last 36 years and the question we must ask ourselves is in all those 36 years why have we failed to end the dictatorship?

The country’s worsening economic meltdown is presenting us with a serious challenge in the form of the grinding poverty and despair but it has also presented us with another golden opportunity to end the Zanu PF dictatorship.

We failed to take advantage of the golden opportunity to end the Zanu PF dictatorship during the GNU because MDC leaders like Tsvangirai had no idea what democratic changes were needed to be implemented or how they were going to be implemented. Even with the benefit of post July 2013 rigged elections hindsight, MDC leaders and the rest of the opposition activists still have no clue what reforms we need to implement to dismantle the Zanu PF dictatorship.

Promise Mukwananzi and his Tajamuka social media brigade named the parastatals that continue to fund the Zanu PF dictatorship. Bona’s husband, for example, will never be ashamed of Air Zimbabwe’s contribution to Zanu PF because the top managers in these parastatals are members of the mafia Zanu PF regime. What is more, unless these street protest result in the implementation of democratic reforms followed by free, fair and credible elections; then nothing will ever change, Zanu PF will remain in power for another 36 years and beyond.

Opposition should issue out threat against further lending to Zim Govt