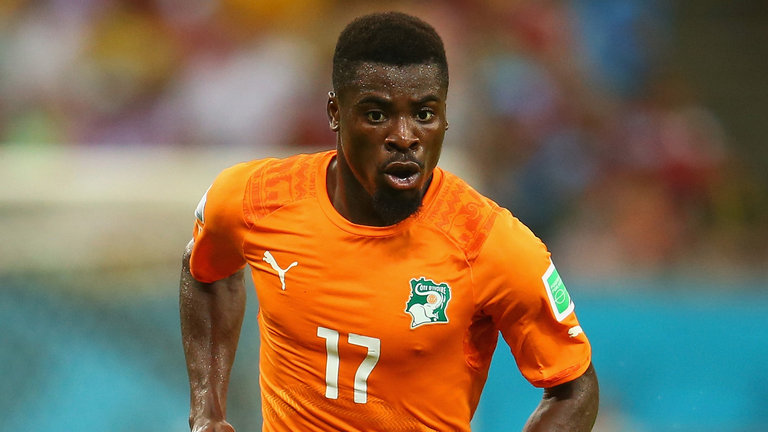 Paris St-Germain defender Serge Aurier is being investigated by Fifa after appearing to make a throat-slitting gesture to supporters.

Aurier, 23, celebrated an Ivory Coast goal against Mali by turning to the crowd and dragging his hand across his throat.

Governing body Fifa said a “preliminary investigation is under way”.

In the same game, Aurier was praised for “saving the life” of Mali forward Moussa Doumbia.

After Doumbia was knocked unconscious in a challenge with Sunderland’s Lamine Kone, Aurier intervened to stop the Rostov player swallowing his tongue.

Mali manager Alain Giresse said he spoke to Aurier after the 2018 World Cup qualifier to thank him for his “superb reactions”.

The controversial celebration was the latest in a string of incidents involving the full-back.

In September, he was sentenced to two months in jail for elbowing a police officer, but remains free pending an appeal.

And in February, he was suspended by PSG after appearing to use homophobic language to insult then-coach Laurent Blanc.

20 years jail for cop who turned daughter into sex slave