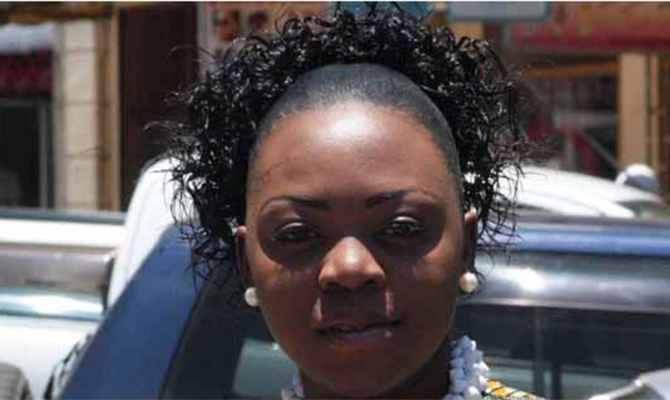 Actress Tatenda Mavetera, who made her name on the local TV series Studio 263, has been named in a matter in which a suspected dealer is accused of defrauding a local refrigerator manufacturer in a botched parts deal.

Mavetera, known as Tendai Jari in Studio 263, is said to have played a role in the transaction that led to the local fridges manufacturer, Imperial Fridges, losing nearly US$50 000.

I will be bounce back-Mavetera

Mukaro was not asked to plead to the charges when he appeared before magistrate Tendai Mahwe.

The State led by Sebastian Mutizirwa had it that on September 22 a person who identified himself as Kudakwashe Muchena called the complainant in the matter using a South African number.

Muchena is said to have told Callisto Jokonya that he was capable of providing him with South African Rand in the event that he wanted to purchase some parts across Limpopo.

He also allegedly told the complainant that he would in turn need an equivalent amount in United States Dollars which would be paid in Zimbabwe.

Jokonya agreed to enter the deal saying he would only pay the United State dollars after confirmation that a rand deposit had been made.

Reports are that Imperial Fridges gave Mukaro South African bank details before instructing Kudakwashe Muchena to deposit R378 000 and R337 895.86 into his accounts.

It is said that the complainant requested the suppliers to confirm that the various amounts had reflected into their accounts and asked on how he could reimburse the money in US dollars.

Reports are that whilst Imperial Fridges awaited confirmation, Mukaro and Muchena approached Tatenda Mavetera and lied to her that they had a pending payment from Imperial Refrigeration Company.

Mukaro and Muchena told Mavetera that they needed assistance in getting cash.

Mavetera is said to have approached Elphas Utete who promised to assist with cash on condition that he gets a commission.

Utete is said to have given Mavetera his company’s bank details for purposes of processing an internal money transfer.

Reports are that Mavetera handed the bank details to Mukaro and Muchena who then demanded transfers of US$11 267.97 into Kudzai Denga’s account, US$9 411.76 and US$18 382 into Edwin Musanhi’s bank accounts.

They also alleged instructed to have the US$780 transferred into Wisdom Dzikamutanda’s EcoCash account and give MARY Shorai Dick US$9 300 cash.

Dick reportedly collected the cash and signed for it at Jokonya’s office.

On September 25 this year Mukaro and Muchena demanded US$11 294.48 from Utete through Mavetera and he paid the cash.

Jokonya was shocked to hear from his South African suppliers that all the transactions, which were said to have been done had not been completed after the cheque was dishonoured.

Jokonya then took the matter to the police leading to Mukaro’s arrest. H Metro

I will be bounce back-Mavetera