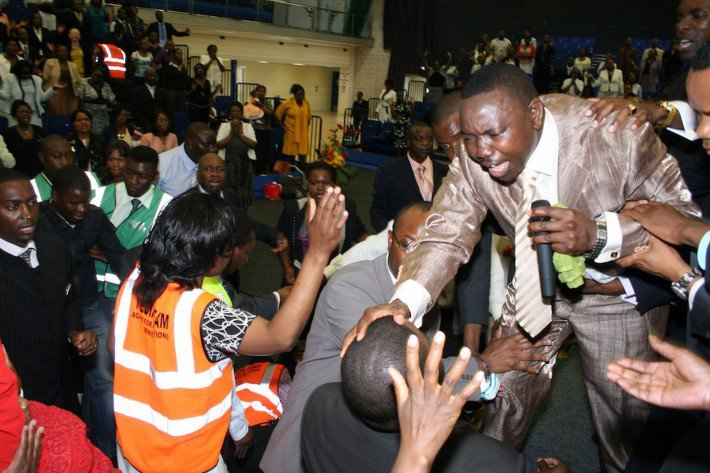 A woman who accused a married Pentecostal pastor of sexually assaulting her has been branded a liar in court by the defence lawyer.

Jurors at the trial of churchman Walter Masocha heard that the 47-year-old had not told police or Crown officials about an alleged incident.

She had alleged at Mr Masocha’s trial at Stirling Sheriff Court that he had kissed her, opened her blouse and sexually assaulted her.

The woman, who cannot be identified, said that the incident had happened during a counselling session at the Agape For All Nations church in Stirling.

She said Mr Masocha, 51, known to his flock as the “Archbishop”, had touched her inappropriately during three incidents in the one-to-one counselling sessions.

She alleged one of the incidents included one when he exposed himself.

But she was accused by Mr Masocha’s lawyer John Scullion QC yesterday of telling a “pack of lies” after she changed her evidence and said the blouse incident and the exposure had actually happened at the same time.

Mr Scullion said: “You said yesterday there were two separate episodes, now you’re drawing them together into one episode.

“Do you think everybody in this court is stupid?

“You told everybody in this courtroom yesterday these episodes were separated by months.”

Mr Scullion said she had made no mention of the blouse incident at all in an initial statement she gave police in January 2015, or to officials from the procurator fiscal’s office who interviewed her earlier this year.

Mr Scullion said it was “a significant event” and asked why she had earlier omitted it.

He asked her: “How could it be that in disclosing these events to the police that you missed this out? You are making things up during your evidence, you’ve been caught lying, and you’ve no answer for that.”

Mr Masocha, of Sauchieburn, denies sexually assaulting the divorcee and another woman at various locations including the church, his former home in Bridge of Allan, Stirlingshire, and at Edinburgh Airport between 2007 and 2011.