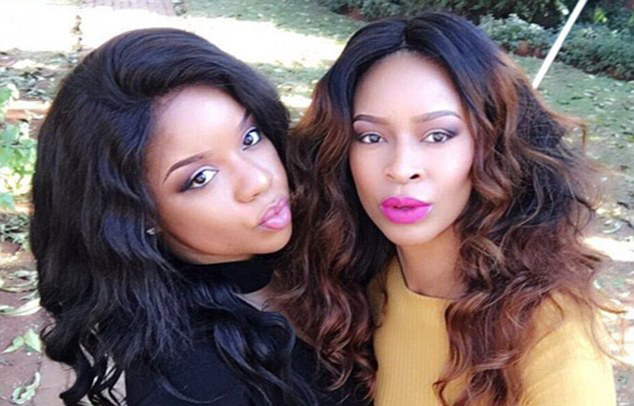 Twenty-nine year-old Vanessa, the glitzy and Instagram-doting daughter of flamboyant businessman, Phillip Chiyangwa, sold sex toys on her return from the UK where she spent about a decade, according to the MailOnline.

While citizens of neighbouring South African take it for granted, the sale of sex toys in Zimbabwe is considered moral taboo, and that is the reason Vanessa Chironga (nee Chiyangwa) gave up the business after a short stint.

The MailOnline recently talked to Vanessa and her sister, Michelle, who are both famous for viral selfies just as their showy father and are dubbed Zimbabwe’s Kardashians.

According to the publication, Vanessa recently returned to Zimbabwe from the UK after some 10 years and set up shop selling lingerie and sex toys “after spotting a gap in the market”.

She claimed she was targeting “women looking to stay loyal to their travelling husbands” but she soon abandoned the business “after questions were raised over its questionable Christian morals.”

With Zimbabwe’s divorce rate shooting up steeply, many local single mothers are reportedly taking to sex toys they buy from South Africa to pleasure themselves.

Currently, the sexy beau is running a skincare brand to treat adult acne, in addition to an upmarket daycare centre in Harare.

She told MailOnline that she was hired by her father for three years and, subsequently, independently earned all the money she is splashing around in cocktails, fat quid parties and shopping sprees despite claiming she still lives a “humble” life.

“Everything I’ve got now I worked hard for myself. I worked for my dad three years, but after that there’s no trust fund for me,” she told MailOnline.

Vanessa has just wedded Tanaka Chironga and the couple is building a plush four bed-roomed house, complete with two bars and a large pool, on the leafy northern side of Harare.

The couple did their $65,000 wedding in the Seychelles and invited 50 guests, away from the hassle and bustle of Zimbabwe where thousands, President Robert Mugabe, their uncle, included would have come for the party.

“It was actually a low cost wedding,” said Vanessa. “We had a destination wedding because we were trying to avoid the 9,000 people that would come if we had a traditional one in Zimbabwe.”

Going forward, Vanessa and Tanaka will be honeymooning in Cancun, Thailand or Bali next month, she revealed in the MailOnline interview.

Vanessa, never modest like her father, says she owns a $100,000 Victoria Beckham 2013 edition Range Rover, as part of her two-car collection.

She could be having more cars, she said, had it not been for the frustrating potholes.

“Currently I only have two (cars) to be honest, with the potholes and the road surface the amount of stuff you have to do to your car is ridiculous.

“When I was given my first car (by my father I cried forever – it was a Chrysler Crossfire – and it was the first one in Zimbabwe for about eight years so whenever I drove around I was like ‘Oh my god!” she told MailOnline.

Michelle, he 27 year-old younger sister, is a good match for Vanessa and calls herself “Boss Lady”.

Their father dubs himself the “King of Selfies” and takes to Instagram to flaunt all his new material acquisitions in a country where poverty is so pervasive and some 90 percent are out of employment.

Michelle is also high-spending and claims she runs a hair parlour in Harare’s Bluffhill suburb where she sells luxury wigs at 200 pounds, a preserve for the rich and famous. 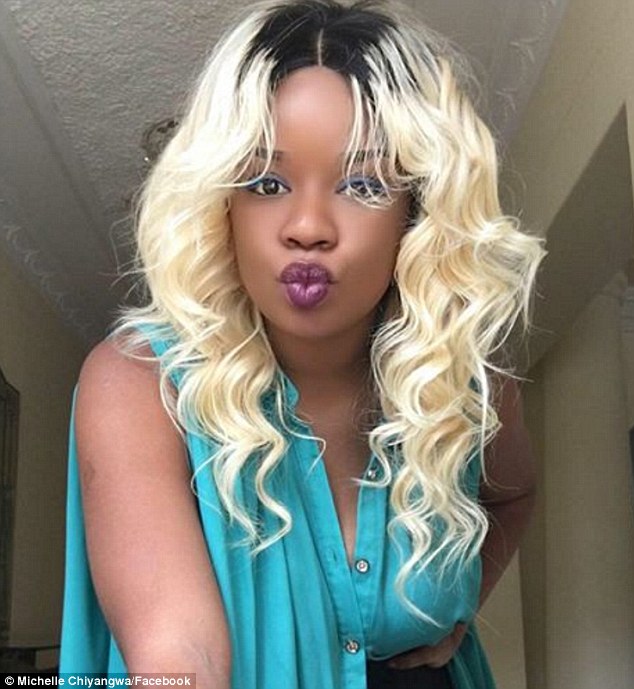 She says she studied acting at Canterbury Christ Church University in the UK and flashes, without much taunting, pictures of herself and worldly possessions that include Gucci bags and a black Jeep with a personalised number plate, “BLESSED 1”.

But living large in a country shadowed by poverty does not bar Vanessa from being critical of the government that her uncle, Mugabe, has run down through 36 years of misrule.

“’We have just come back from (a decade) in the UK and we thought the government had been getting better and now we’re at a time where it’s getting worse.

‘So my frustrations were taken out of the fact that I don’t want to be living in a country where there are too many uncertainties,” said Vanessa. Nehanda Radio

#ThisFlag protests and arrests at cricket match in Bulawayo: PICTURES