US embassy statement on lifting of sanctions on two Zimbabwe banks 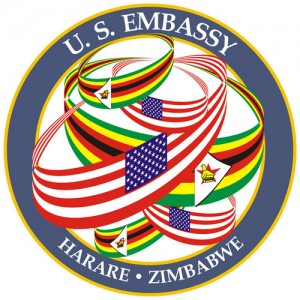 This general license covers both entities (the two banks) and effectively represents a suspension of sanctions on those banks. It permits American individuals and companies to engage in financial transactions with these two banks.

Americans have been prohibited from doing this since 2008 when the banks were placed on the Specially Designated Nationals (SDN) sanctions list.

The United States regularly reviews all of our targeted sanctions programs, including the Zimbabwe program. The United States has made clear our policy of meeting “action for action” in response to progress on the goals Zimbabweans set for themselves in the Global Political Agreement (GPA).

We commend as a positive action the recent peaceful constitutional referendum in Zimbabwe.

Sanctions a lame excuse: US envoy

US senators propose tough sanctions on Turkey unless it…

Our policies reflect a continuing commitment to help the people of Zimbabwe restore the stable, peaceful, democratic country they rightly deserve and seek to support democratic institutions, rule of law, and human rights in Zimbabwe.

We are prepared to consider further rolling back sanctions in response to positive progress on Zimbabwe’s part in meeting its reform commitments under the GPA and SADC Roadmap.

Sanctions a lame excuse: US envoy

US senators propose tough sanctions on Turkey unless it exits Syria