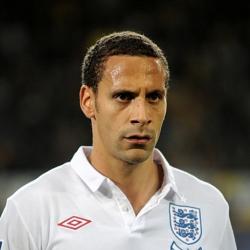 One actually wonders if England will be missed in such a major tournament; after all we have the Brazilian Samba, Italian defence, Spanish tiki taka, Argentinian Messi, German flair & last but not least the Dutch iron strength to look forward to, surely long ball England (as they refer to them) will not be missed.

England suffers from serious lack of organisation on and off field; to a certain extent they also suffer from lack of talent. What England needs; are three quality players like Steven Gerrard players and another two like Wayne Rooney who also should be very consistent.

However, that’s impossible at the moment, as the English premiership is not fully developing English talent. England is desperately lacking in defence more than anything else. The feud between John Terry and Ferdinand has been massively detrimental to England’s road to Rio 2014.

It has meant that the nearly formidable defence duo of Rio and Terry is dead and buried. Poor Roy Hodgson, he has shown loyalty to repeat offender Terry to the expense of the victim Rio – could it have been a directive from the FA? Just as the events of Capello quitting England due to the loyalty that the FA showed ‘Messiah’ Terry.

With John Terry quitting England we were all of the assumption that Rio was now going to be picked. That wasn’t the case. Rio was overlooked despite his superb form for the red side of Manchester. The way the FA dealt with the Terry and Rio saga, was an utter disgrace from the worlds oldest football association.

Conversely, Rio Ferdinand should have kept his dignity after his recent call to the England squad. He should have rejected England’s initial contact with Manchester United, not reject the call-up after the squad has been announced.

As the old saying goes two wrongs do not make a right, this has now escalated to the point of no repair. Rumours do suggest that Roy may recall Rio but what precedent does that send out to current and future players? Reject England call-up as you wish and we will still include you in the squad.

It would be a blunder by Roy and such a move can easily destabilise England’s dressing room.

Briefly looking at on-field England the truth is they simply lack world-class players. Do not get me wrong players like Steven Gerrard, Frank Lampard, Jack Wilshire and Wayne Rooney are all quality players but lack the consistency that would brand them as world-class superstars.

Simply look at the consistency of Xavi, Iniesta, Messi, Ronaldo, Philip Lahm and Gigi Buffon as that is what makes them world-class players.

English academies are not at all that bad, but it is the fact that English young players are hardly given a chance to fully prove themselves as world-class players. It is usually the case that they are tipped to be the next superstar and given huge contracts even before a full season.

A recent example is Raheem Sterling of Liverpool, at only 18 he is on a £50,000 plus per week contract and he has not played first team football for a full season. Liverpool fans may say he deserved that contract due to his performances and they wanted to prevent another club from signing him.

He had a few outstanding performances but after signing his contract he became a bit of a peripheral player; even if he went to Chelsea today he would be a bench warmer, not in the first team, but reserves team.

The Professional Footballers Association (PFA) and the English FA need to be involved in their English young players a whole lot more. This involves their overall development and contract negotiations; which will assist in achieving an organised and talented team.

I believe this is one of the ways they will help break the unsuccessful world cup campaigns since 1966.

Brian Lunga is a Zimbabwean based in the UK with a passion for football commentary.

Youths should not be sacrificial lambs

Nakamba turns into a ‘marvelous’ beast under Gerrard at Aston Villa