Chinua Achebe: There Was A Man 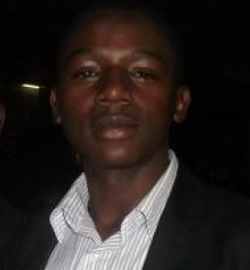 “Okonkwo was well known throughout the nine villages and even beyond. His fame rested on solid personal achievement.”

I first came across Achebe’s writings at Gokomere High School when I accidentally found myself reading Things Fall Apart. I did not know then that the rather small book was Africa’s most influential work of fiction, whose importance cannot be fully explained.

No bail for MaPecca’s ‘killer’

Almost a decade has passed since then and now, after a couple of rereads, I appreciate the importance of Achebe’s novel especially how his story destroyed European myths about pre-colonial African societies.

So it was was with great sadness and a sense of profound loss that I received the news of Achebe’s death on Friday. As is often the case with larger than life figures, it had never occurred to me that Achebe would one day die, greatness convinces our minds that such men should and will live forever.

In a way great men truly live forever: Shakespeare, Dickens, Shelley, Joyce, Homer, Virgil, Achebe, Tolstoy, Rumi, Keats, Ovid, Sheldon, Kipling, Jane Austen and others, they live still. Those who give life to words are in turn given eternal life by their words.

Especially Achebe, he taught me so many things, firstly to love books and words. And then from Things Fall Apart that “when a man says yes his chi says yes also.” Simply put he I learnt that if one really wants something then he will achieve it.

Okonkwo character also highlights something important: Weakness is not always a bad thing, and sometimes a man should be weak to survive. In the end Okonkwo’s fear of weakness, failure, his determination not be like his father Unoka (a drunkard and debtor) and his hardness prove to be his downfall.

From him the lessons of Ubuntu, togetherness because:

“A man who calls his kinsmen to a feast does not do so to save them from starving. They all have food in their own homes. When we gather together in the moonlit village ground it is not because of the moon. Every man can see it in his own compound. We come together because it is good for kinsmen to do so.”

The numerous proverbs in his works have helped me to carry on and adapt when things are hard, because as he says in Anthills of the Savannah:

“When suffering knocks at your door and you say there is no seat for him, he tells you not to worry because he has brought his own stool.”

In such cases we should be like Eneka the bird who says, “ since men have learned to shoot without missing, he has learned to fly without perching.” Indeed, as Achebe says :” proverbs are the palm-oil with which words are eaten.”

Besides writing Achebe was a champion of freedom, who fought hard for the independence of Biafra and vocally critised various Nigerian military governments and dictators. A man of principle, Achebe declined many honours from the Nigerian governments, insisting that honours were worthless in an intolerant and corrupt society.

“While we do our good works let us not forget that the real solution lies in a world in which charity will have become unnecessary.”

― Chinua Achebe, Anthills of the Savannah

Achebe will live on in my heart, a powerful man who made a thirteen year old boy fall in love with books.

His last book titled “There Was A Country” is a personal memoir of the short lived Biafran Republic, and I can’t help thinking that “There Was A Man”, who, like Biafra is dead but lives on in the heart and memories of millions.

Indeed There Was A Man, Chinua Acebe, who was “well known throughout the nine villages and even beyond. His fame rested on solid personal achievements.”

You can read Tawanda Moyo’s blog here: Reflections Of An African Youth

No bail for MaPecca’s ‘killer’