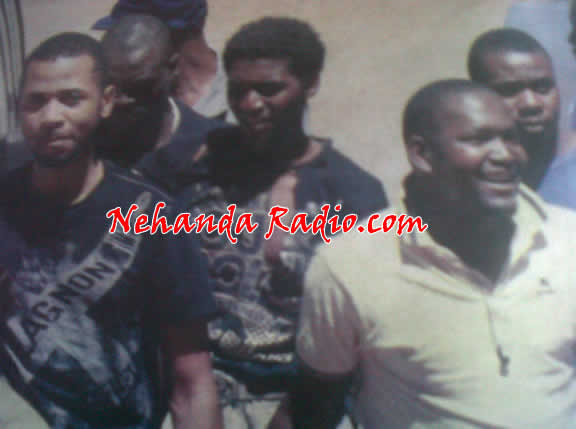 Two Chitungwiza men, who were arrested last Friday after a scuffle with a sex worker and a photographer in the Avenues area, appeared in court this week.

Nyashadzashe Makumborenga (25) and Thabo Molife (21) allegedly slept with the hooker before they refused to pay for her services. Makumborenga confirmed the scuffle with the lady of the night to the court, saying she was demanding her money from him.

He said she had given him money to buy cigarettes while he was at a lodge and as he was about to leave she grabbed him demanding the money.

The two have been yanked before the court on allegations of assault and negligence, causing serious damage to property after they vented their anger over their shameful act on a journalist who was taking pictures of the fracas.

It is alleged that on February 22 at around 10pm, Makumborenga was approached by the complainant who is a photo-journalist who was merely doing his job.

His co-accused Molife went on to grab the complainant, pulling him down and stepping on his abdomen. Makumborenga initially admitted to assaulting the complainant before his plea was altered to that of not guilty after he indicated that there was pushing and shoving between him and the complainant.

He was granted US$50 bail on the charge of damaging the camera and US$20 for the assault case. Molife was ordered to pay US$20 bail and to return to court on February 28 for the assault trial.