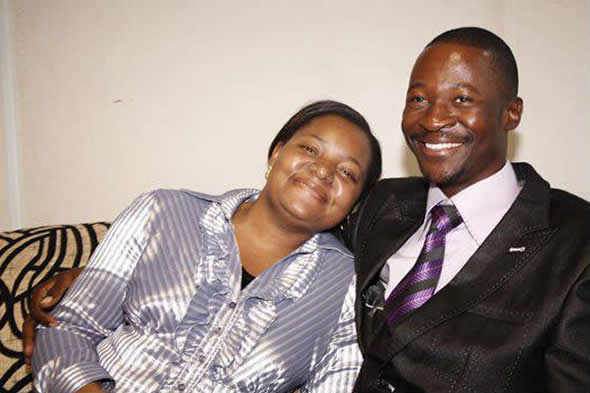 Of prophets, prophecy and gifts of the Godhead: Part 1

I have been following recent trends and stories especially those regarding the prophetic office and the gift of prophecy among other charismatic gifts in the church today.

It may be necessary to say at this juncture that, in as much as I believe in all the gifts of God, there has been much use and abuse of the same as well as justified and at times unjustified attacks on men of the cloth regarding manifestation of the prophetic gifts through the vessels of God.

Bishop CB Matondo claims there are no true prophets in…

It is imperative for us as the body of Christ to rightly divide the scriptures and to exegetically reflect on the scriptures pertaining to these gifts before we give our comments on who we think is not using the gift scripturally or properly.

Of concern to me now is the issue of the gift of prophecy (one of the 9gifts of the Spirit) and the office of a prophet (one of the 5-fold ministries). These two are frequently confused and used interchangeably yet they have some sharp differences.

The office of a prophet is a governmental one. The bible talks about us having our foundation on the apostles and prophets. This is not to say that our salvation is founded on them, neither does this give them some class of deity or divinity.

A prophet can function in 7 dimensions yet one with a gift can only operate in 3. A prophet can comfort, exhort, edify, rebuke, and give direction among others. While they can both comfort, edify and exhort, only a prophet can rebuke like Elijah would usually do.

There are times when a prophetic atmosphere is triggered say by prophetic songs or by prophetic worship. That alone can trigger the Spirit of God to graciously move some of the congregants to function in the gift and utter some prophecies and yet after that, they do not become prophets.

Miriam and Moses are some good examples. When Miriam rebelled against Moses, little did she know that hers was just a gift and Moses’ was an office. Sometimes we say prophets should just stick to comforting the church, edifying the church and exhorting the church.

To me that’s all about the gift and not the office. For the office, Elijah would have the guts to say no rain until His word, his and not even God’s word would bring back the rains. That’s the dimension of prophets.

Someone will ask then what should we use to measure a true prophet if we do not use the comfort, edify and exhort measuring line? To that I say, let us use the word, our present day Urim Thumim.

The word says the office of a prophet, like any of the other of the 5-fold, is for the perfecting of saints, for the work of the ministry and for edification. That clearly shows the office goes beyond the gift. Someone will again say but perfection should stick to the three, comfort, edify and exhort.

To that I say no. In many handicrafts and arts, perfection can come though heating, beating and many other forms that are clearly not in conformity with comfort, exhort and edify. The pottery industry is a good example. The potter can expose his work to heat as of a blast furnace to prepare his clay pots.

He can even subject it to beating to take out large clay particles. All that is for the perfection of his work. The same happens with the 5-fold which includes the office of a prophet. He can rebuke you, like what Nathan did to David so that by that rebuke, you repent and thus get perfected and equipped.

Suffice it for now for me to say, having laid down some ground work on the difference between the two, it is also important for one to then say what then are the uses of the gift and of the office?

There has been so much use and even more touching, abuse of both the gift and the office, so much so that sometimes we feel justified to attack those through whom these manifest.

We should, as a matter of principle, accept that even though the pass rate in many schools is much lower than the fail rate, that alone is not justification to say then that going to school is a waste of time.

No parent has ever said because the pass rate is say 22% for ordinary level, I will not send my child to school because the probability of failure is higher than that of passing.

By the same token, in as much as we know that the abuse of the gift and office of the prophet is more than its correct use especially in these prophetic days when even Jesus Himself hinted of many false prophets, we should not condemn them all on the face without proper analysis of rightly dividing and separating the right from the wrong.

I accept all constructive corrections/criticisms. I will wish to continue on the use and abuse of the two as well as signs of true prophecies and prophets.