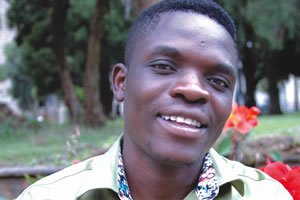 DENDERA musician Tryson Chimbetu completed his performance at Jongwe Corner last Friday in tears after suffering sudden cramps in his ribs which saw him falling on stage, holding his chest, amid speculation that the use of juju was at play.

Traditionalists believe these sudden convulsions are known as kurohwa nezvishiri. The cramps attacked him three times resulting in him falling on stage leaving his fans in a sombre mood. Tryson was taken off the stage for treatment three times and resumed the show with tears flowing down his cheeks.

Word was rife in the fully packed house that the use of juju has taken centre stage, giving rise to speculation that Tryson was in a spiritual war with his detractors. Dr Nero, as Tryson is affectionately known to his fans, however, dismissed claims that he might have been bewitched.

In an interview, the talented musician narrated his ordeal and said he was saved by God. He acknowledged that it could be the works of juju but distanced it from perceived rivalry in the Dendera family.

The Chimbetus in rare concert

“When I came on stage everything was okay only to be surprised when I felt a strong kick on my rib. “I thought I was kicked by some of my band members but that was not the case.

“I failed to continue and fell down holding my chest on the right side feeling strong pain. I was then taken off the stage, I later resumed the show but it was a brave decision,” he said.

Added Tryson: “I thought everything was well, I was kicked again and cried out in pain. It happened for the third time and when I came back on stage; I told myself that I should go on with the show to prove haters wrong.”

This is the first time Tryson has encountered problems of this nature since he started his career. A source privy to the goings on at the backstage told this publication that a faith healer was later consulted and conducted a cleansing process.

“Anga atori mahwani. Marxist Brothers later consulted a faith healer who came and cleansed the place to enable him to continue,” said the source.

The Chimbetus in rare concert