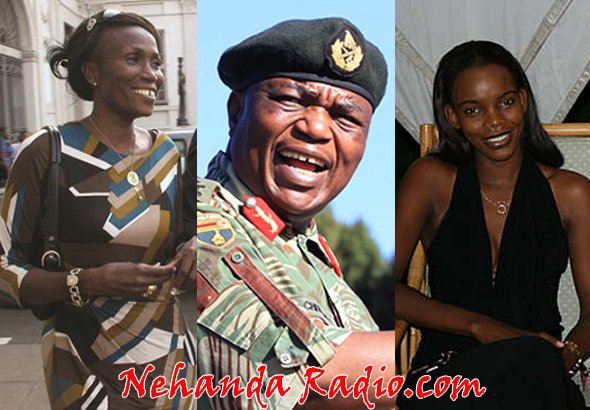 Spotted in the halls of the exclusive Avenues Clinic in Harare, the new dad created a buzz. But General Chiwenga was not wringing his hands, wiping his brow or showing the usual symptoms of first-time-father anxiety. Instead, “he had a big smile on his face,” says a source. “He looked over the moon.”

He had plenty to be excited about. Their new arrival was delivered via all-natural birth, according to a hospital source. Arriving Thursday, the child is the first for the couple, who customarily wed last year after the General splashed $47 000 in lobola.

The happy new parents come armed with little parenting experience but the new baby has been described as “healthy, happy, and perfect.” The General’s union with his ex-wife Jocelyn Mauchaza, whom he married in November 1998, was not blessed with any children.

ZDF spokesperson Overson Mugwisi declined to comment, saying the new arrival was a “private matter.” Mouths gaped when the divorce case of Chiwenga and his long-time wife Jocelyn opened in the High Court.

While details of the rocky 14-year-old marriage has been kept under wraps, no one expected Chiwenga to let go so easily, or for those smiles to be plastered on so soon after the break-up. Jocelyn seemed strong and self-assured, but will be devastated with the arrival of her rival’s baby.

It has been a roller-coaster for Jocelyn, who has watched in consternation as her husband moved out of the plush Borrowdale matrimonial home dubbed “White House” in April 2010, getting hitched to a drop-dead gorgeous supermodel and hiring a massive legal team from Scanlen and Holderness headed by gritty lawyer Thakor Kewada.

Chiwenga’s new supermodel wife was previously married to former Warriors and now CAPS United striker Shingi Kawondera. Jocelyn, who has retained top Harare lawyer Advocate Thabani Mpofu as lead counsel, has spent time in the courts after the split, and recently opened up about her emotional recovery.

She is suing the 29-year-old Mubaiwa for snatching her husband after the failure of a last-ditch bid to save her marriage to the General. The High Court has gagged the press and sternly warned journalists against reporting on details of the high-profile divorce case and settlement.

The businesswoman’s marriage hit the rocks after accusations and counter accusations of domestic violence and that the estranged wife was temperamental. –Daily News