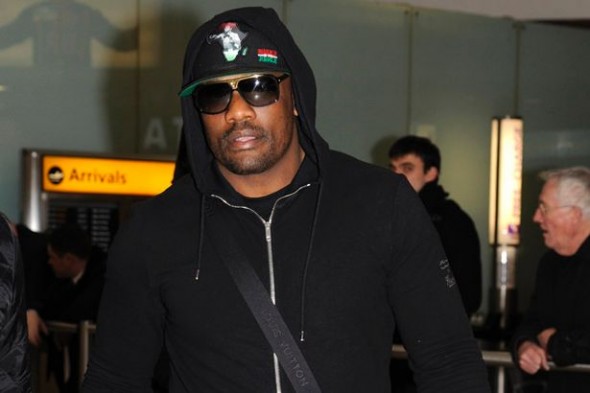 A video has surfaced online showing the moment when Zimbabwe born former British heavyweight boxing champion Dereck Chisora broke up an interview a female journalist was conducting with musician Alick Macheso in the UK.

Macheso had just finished his high energy show in Leicester and was talking to Eugene Mujuru when Chisora walked in, demanding that the interview be terminated. The boxer said as one of the organisers he had not been consulted.

“Sorry I will have to cut this short. Because first of all she didn’t ask kuti vari kuda ku interview and that’s being rude and I don’t like people who are.. (inaudible). He had been performing, you didn’t ask me first of all,” he said.

“You just come in and done an interview by yourself.. No no no you ask me, I am the one who does everything….please don’t record me (he says to the cameraperson), I told you don’t record me, can you delete that.”

At that moment Chisora grabs the camera and closes the lenses, but the camera continues recording the audio of what is happening. The camera briefly starts filming again as Chisora demands the tape be deleted saying it would cost him money.

Meanwhile Macheso appeared puzzled by the drama unfolding before him and never said a word. According to Marshall Gore who runs the Rollers Club they teamed up with Chisora to bring Macheso to the UK.

In the interview Macheso had spoken about his polygamous lifestyle.

“Having two wives did not start with me, it started many years ago. At least I am open about it unlike other men who keep it a secret” he said.

Below is the interview, Chisora interrupts towards the end.