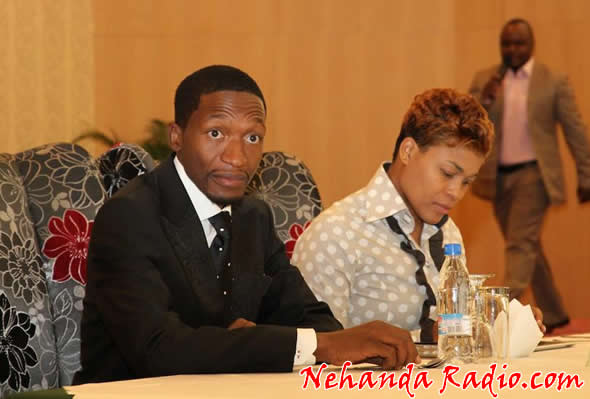 Flamboyant prophet and Spirit Embassy Ministries Church founder Eubert Angel on Wednesday had to abandon his food from a fast food outlet in Gweru and flee from members of the public, who had thronged the premises and started jostling to greet the “man of God”.

The popular preacher, who was travelling in a two door Bentley with some of his bodyguards travelling in an Altezza salon car, had stopped at the fast food outlet along Main Street to buy food and some refreshments.

They had to dash into their vehicles and flee, leaving their food which was still being prepared after members of the public swarmed the food outlet and started jostling to greet the Harare-based preacher-cum prophet.

Prophet Angel, who was personally driving the Bentley, and his bodyguards later drove into Sixth Street as the crowd chased after the two vehicles.

They then stopped their car at corner Lobengula Avenue and Sixth Avenue where Prophet Angel then took about five minutes to greet a handful of determined individuals before driving along the Gweru-Bulawayo Road.

Those who managed to evade the human wall made by Prophet Angel’s bodyguards would kneel on the tarmac before greeting him. Most of the people who accessed the celebrated church minister were men.

“Thank God, I am now a new man. I am blessed to have been greeted by this great man of God,” shouted the man who only identified himself as Taku. One of Angel’s bodyguards said they were on their way to Botswana.

He said they were forced to abandon their food as members of the public started swarming the food outlet before they could collect their order.

“We left the food because of the commotion as people wanted to greet the prophet soon after they identified him. We are on our way to Botswana and we will try getting food in Bulawayo,” he said. Prophet Angel is a friend to another popular Harare -based preacher, Emmanuel Makandiwa. The Chronicle

Benjani speaks out on collapse of SuperSport deal