Benjani speaks out on collapse of SuperSport deal 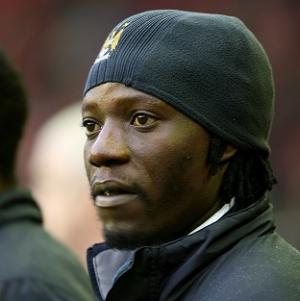 Former Manchester City striker Benjani Mwaruwari says his decision not to sign for SuperSport United was not motivated by money. Initially Mwaruwari had agreed in principle to sign for United, after impressing Gavin Hunt at training.

However, the coach said his team could not afford Benjani’s salary.

“He’s a top player. On one leg he could play in this league blind-folded. At training he’s fantastic, he’s played in the English Premier League. What more can I say? He’s got the touch of . . . it’s fantastic,” Hunt said recently.

In a chat with KickOff.com in Johannesburg yesterday, Mwaruwari said the decision not to sign for “Matsatsantsa” was not motivated by money.

“To be honest I didn’t ask for much money from SuperSport. Maybe I didn’t sign for a reason I don’t know,” the former Jomo Cosmos striker said.

“I have stopped training with the club because I have other important things to do. I am not in a rush or desperate to play. I will keep waiting for offers because it is still my desire to end my soccer career on a high in South Africa, as it is like my homeland with my wife and kids here in the country.” —Kick Off