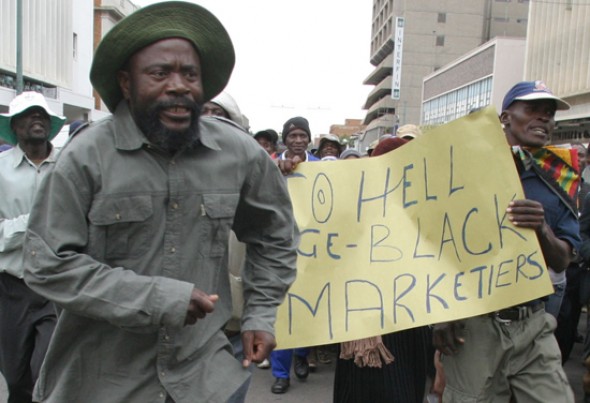 Senior Zanu PF officials and securocrats who were given concessions in the famed Save Valley Conservancy, in a move that has divided the party and invited fresh threats of sanctions against the country, have been exposed.

However, ex-Zanu PF Manicaland provincial chairman Basil Nyabadza yesterday was adamant he remained the chair of the conservancy until the Zanu PF politburo ruled on the matter. “They have expressed interests in the area using the geography of Masvingo, but indigenisation process is very broad,” Nyabadza told NewsDay.”

“The chairman is elected through votes and not overnight. The matter is going to be discussed in the politburo.”

Mzembi has argued most of the beneficiaries had also been given other lucrative businesses as part of the indigenisation programme. But Zanu PF Masvingo provincial chairman Lovemore Matuke labelled him a “sellout who had decided to side with the whites to reverse the land reform programme”.

A top Zanu PF insider also said: “Who is Mzembi, a simpleton?

“He must be lucky to hold such a high office given he does not sit in the politburo, province or district. He is just a card-carrying member who does not hold any sway in the party. Actually, the province is not happy with him. He could face disciplinary action for putting the name of the party into disrepute.”

Another source said the clash, over the conservancy were an extension of the fight to succeed President Robert Mugabe between factions aligned to Vice-President Joice Mujuru and Defence minister Emmerson Mnangagwa.

“Nhema was supposed to protect Mzembi in this saga since their ministries are almost the same and perhaps the two of them belong to the same faction (Mujuru), but he has turned against Mzembi in a bid to seek favours from the Mnangagwa faction,” the source said.

“Nhema is licking Mnangagwa because he is feeling pressure from his constituency where two strong Zanu PF candidates in Shurugwi are vying for his seat.”

Harare-based political analyst Alexander Rusero said the chaos in Save was a reflection of the way Zanu PF operated.

“Looking at it from a microscopic lens is that there is hype about indigenisation and in as much as Zanu PF is concerned, they will not go back on the grabbing of these conservancies, it’s their modus operandi,” he said.

“It is something that has been on the cards since the land reform programme.”

German businessman and Save Valley Conservancy vice-chair Wilfried Pabst last week refuted accusations by the government that the reserve was opposed to ensuring a fair deal for indigenous Zimbabweans. The conservancy was formed in 1991 with the approval of the government through National Parks, assisted by the World Wide Fund for Nature and Beit Trust.

Running along the banks of the Save River, the conservancy — respected as a leader in wildlife management and research — is collectively controlled by international investors, white ranchers who formerly reared cattle on the land, local indigenous businesspersons and hundreds of rural farmers. NewsDay

Bosso appeal for funds from diaspora supporters to buy…