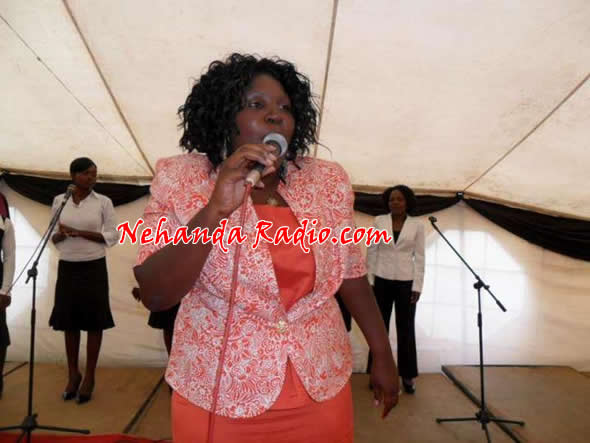 This is a one-off special edition, sparked by none other than Mai Gunguwo, whose approach to bedroom matters has become viral on social networks. If you are not a married person, this article is not for you. Please skip this and proceed to the other pages. For she calls a spade a spade.

Over the years we have become used to evangelists, pastors and reverends telling us how great the Lord is, how giving tithes over and over again changes our lives, presumably for the better. Or the other breed of pastors, smart and full of swag, telling us our identity card numbers. Or the other miracle men and women, who pick on planted patients in audiences, to stand and walk — to shame the devil.

And now comes a breed of preaching from Mai Gunguwo, who tells her congregants, mostly women, that the best way to the Lord’s heart is through your legs. And that you need to work hard, in your bedroom, to please your husband, as much as pleasing your Lord.

Pastors could be jailed

Pastors, Preachers and the Churches have taken away the Keys…

There are things that we grew up hearing, and because it was hearsay, most of us presumed it was just that — rumour. But Mai Gunguwo tells us, in her brash sermons, that women, instead of just singing and praising the Lord at the top of their voices, also need to take care of the bedroom.

She imparts advice and tips that will help you ensure that your husband wanders no more, and how to make your husband forget about his former Maggies. Apologies to all Margarets and Maggies, I didn’t just pick on your name, blame it all on Mai Gunguwo.

Bedroom issues have remained largely taboo in our culture and given the pace at which the social fabric is wearing, there could be some light at the end of Mai Gunguwo’s sermons.

And she testifies equally, for she says she raised an orphaned girl, and she had to assume the role of mother and aunt, a role that she says she is proud of today, because that girl is going into the bedroom well-equipped. And not with sex toys, but a fertile and blessed sexual imagination.

Pity the sermon that I heard was audio, for she was saying on that particular day she was dressed in a mini-skirt, for effect. She wanted the gathered women to understand how enticing a woman can be, and how that enticing can be done in the home — wife to husband. She goes on to implore women to be prostitutes, prostitutes to their husbands.

Many a time you walk past a woman in the streets and she would be smelling of womanhood (I know some men love the smell), but imagine that smell in your blankets, from around 6.30pm (’cause of load shedding) till morning! Yet the treatment is very simple, very affordable. Just sprinkle some water. Yeah, heard you, water shortage is biting across town and country, but could still that be an excuse?

She despises women who demand expensive cellphones from their husbands, yet they are not using the cheap ones they already have, to send a simple sms, “I love you, darling. Have a good day”. Yet the demanded gadgets are used for other, non-essential, entities, when your husband is there.

What the Lord has put together, let no cold put asunder, she boldly declares. This being a call to women who sleep in their tights and pull-overs and are rigid as the log, when it comes to matters of the bedroom.

She says, I am sure with a bucketful of experience, that men need an imaginative woman, an adventurous partner. This is precisely because the majority of today’s men spend most of their working hours in front of the Internet, where they see all sorts and types of women — driving their imagination.

So when the man comes home, after eight hours drooling on the net, the best remedy is to dress him down, and not with words, but with sensual actions.

Quite a pity that the sermon I heard was intended for women, my only wish be that she do the same for men (that is if she hasn’t already), for men are equally guilty — sinful if you want to put it in Christian terms, of neglecting the bedroom aspect of their marriages.

There is that breed of men who get into the bedroom, get up there — and at times snore soundly. They forget that women do have sensations as well, and that those need to be attended to. That women have hot spots.

That the boss has been breathing down one’s neck the whole day is no excuse for hubby to be mechanical, and not sensual, in the bedroom. And there is the other breed — the dirty breed. That you have to speak to, a yard away, because their mouth is so foul, as a crocodile’s. And imagine that mouth kissing you, just!

Sermons like Mai Gunguwo’s give a different and new meaning to spiritualism, that before we claim to be holy before God, let us be holy before our marriage partners, for marriage is the cornerstone of society.

She says her sermons are a result of the years that she has spent being a pastor’s wife, as couples usually come to them for counselling, and usually on the brink of divorce, and that most of the problems seem universal — sexual boredom.

Given how popular her sermons have become, it could be a question of time before she hosts a radio show, or TV show, only that the slot has to be late night listening/viewing, for her boldness does not augur well for broad daylight. Sunday Mail

The most beautiful Miss Zimbabwes since 1980

Pastors could be jailed

Pastors, Preachers and the Churches have taken away the Keys of Heaven from the…