DiasporaNewsReligious
By Nehanda Radio On Sep 4, 2012 308 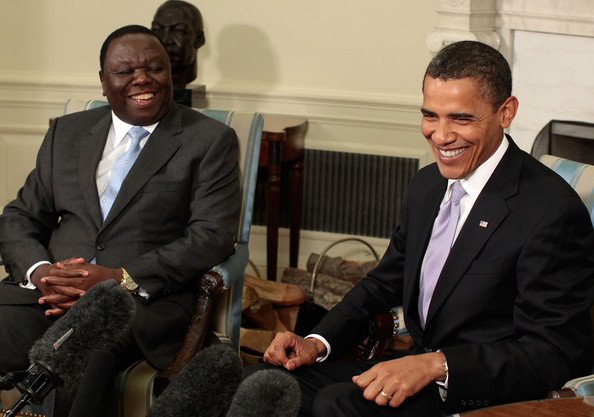 Prime Minister Morgan Tsvangirai yesterday said he was praying for divine intervention to ensure Zimbabwe has a bloodless transition in the forthcoming general elections.

Addressing fellow Zimbabweans attending a prayer meeting organised for him at the Nexus Church in North Carolina, United States, Tsvangirai described his personal life as a true testimony of God’s supreme intervention during life-threatening circumstances.

“My life is a testament of the greatness of God, otherwise I would have died long ago. God favours me,” he told the meeting.

The MDC-T leader cited three occasions where he cheated death and attributed his escape to divine intervention.

The incidents he cited included assassination attempts during his days as a trade unionist, his brutal bashing by police during a peace prayer meeting at the Zimbabwe Grounds in Highfield, Harare, in 2007 and an accident that killed his wife Susan in 2009.

In an interview from North Carolina, Tsvangirai’s spokesperson Luke Tamborinyoka said the Premier had implored Zimbabweans at home and abroad to pray for a peaceful political transition after the forthcoming general elections.

“He said we should pray for the country and its leaders so that we could have a peaceful transition in the country,” Tamborinyoka said.

“God loves Zimbabwe and its future is bright. He said he believed in God and he has reached a stage where he dares people who think they can harm him because his life has been an example of how he enjoys the protection of God.”

In June this year, Tsvangirai told party supporters in Mudzi that God had spared his life for a special purpose.

“God loved me and ensured that I would not die until the time comes. Some of us could have died long ago, but God loves us and has a plan for us. And if that plan is not achieved, the main actor will not die and the film will not end.” NewsDay