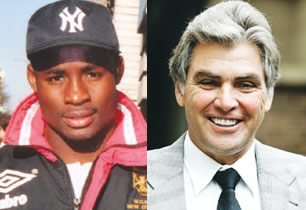 In an interview with the weekly Financial Gazette last week Mliswa opened up about how he helped Rautenbach push through million dollar platinum and ethanol deals by taking him from “minister to minister” and doors were opened for him.

Rautenbach at the time was facing fraud, bribery and corruption allegations in South Africa and was banned from the Democratic Republic of Congo. Mliswa claims Rautenbach hired him as a consultant “to help him with several things, amongst them to get his farm back because it had been allocated to Gerald Mlotshwa (a Harare lawyer).

“He also wanted to start the mining of coke in Hwange. He wanted to be given a concession for a thermal power station which he was going to build in partnership with ZESA. He also wanted platinum concessions,” Mliswa told the paper.

Although Mliswa was paid US$10,000 per month, on top of an allocation for fuel, relations between the two have now soured. Mliswa is claiming Rautenbach is backtracking on promises he made to give him shares in some of the projects.

For example Mliswa claims he helped Rautenbach in pushing through and setting up the controversial Chisumbanje Ethanol plant, in return for a 10 percent shareholding. He said there was opposition to the deal and it only went through because he was roped in as part of an indigenisation drive.

According to the Financial Gazette, “Mliswa’s lawyers recently wrote to Rautenbach enquiring about their client’s promised shareholding and threatening to go to court, but the latter opted for an out of court settlement that has remained elusive.”

“This (ethanol) thing won’t take off before my spirit rests. My tears are dropping. I was warned before of the sort of person Billy is. One Indian once told me; ‘never open the door for Billy, show him the door, only open when he has paid you,” he told the paper.

Last week SW Radio Africa spoke to Energy and Power Development Minister Elton Mangoma who said government could not ignore the problems surrounding the ethanol project, just so that they could enrich one person (Rautenbach).

Rautenbach has a very controversial past. In 2008 both the European Union and the United States added him to a list of officials and companies under targeted sanctions for allegedly aiding the regime under Mugabe. In return for this financial support he was given lucrative mining and land deals.

In 2002 the UN Panel of Experts on the Illegal Exploitation of Natural Resources and Other Forms of Wealth of the Democratic Republic of the Congo, described Rautenbach as a man “whose personal and professional integrity is doubtful.”

Efforts to get Rautenbach on Monday were not successful. SW Radio Africa

MDC-T denies it will write its own constitution