MDC-T denies it will write its own constitution 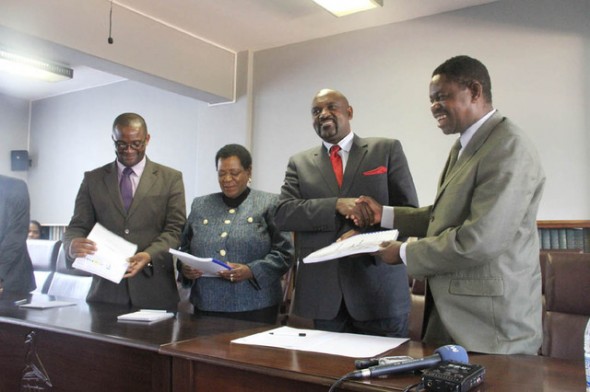 The MDC led by Prime Minister Morgan Tsvangirai has moved to dismiss a statement attributed to Deputy National Organising Secretary, Abednico Bhebhe, that said they were planning to write their own constitutional draft.

“The national council of the MDC which is the highest decision making body in between congresses, has resolved to endorse the current constitution draft produced by the Parliamentary select Committee,” a statement issued Monday said.

The MDC-T said it was guided by a respect “of the people’s views as expressed during the outreach process” and secondly a respect for the negotiations it entered into in good faith with Zanu PF and the smaller MDC formation.

“The position of the Party is that it is the people of Zimbabwe who should decide from time to time what constitution they want. Should the people demand changes to the current draft when the MDC is in power, the MDC will obey the people.”

“This is what Hon Bhebhe intended to communicate. The MDC will never draft its own draft constitution like what Zanu PF has done. Any constitution or amendment to the constitution must come from the people of Zimbabwe,” the party added.

Zanu PF a cult that survives on spilling blood