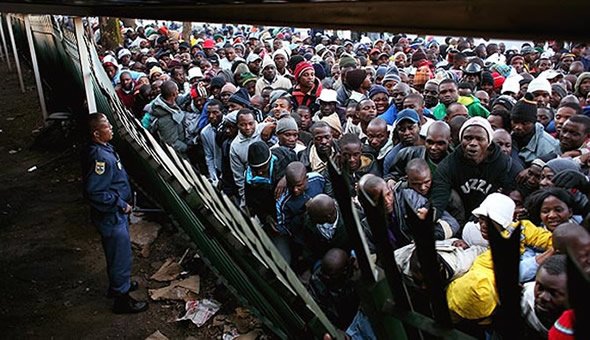 HARARE – Thousands of Zimbabweans who fled economic and political turmoil are trooping back home, even as a volatile political situation plunges the country further into uncertainty.

Formed three years ago, President Robert Mugabe and Prime Minister Morgan Tsvangirai’s “unity” government is tottering on the brink of collapse due to seemingly irreconcilable differences.

Delivering far less than what it promised on inception, the coalition government however seems to have done enough to convince a number of exiled Zimbabweans that home might be better after all.

The International Organisation for Migration (IOM), a UN agency heavily involved in helping repatriate exiled Zimbabweans from South Africa says a large number of illegal migrants are volunteering to return to Zimbabwe.

“Following the resumption of deportations on 7 October, 2011, the Beitbridge Reception and Support Centre has provided assistance to a total of over 25 000 returned migrants as of end of June,” said Knowledge Mareyanadzo, an IOM official.

This might seem a small number given that close to a quarter of the population or three million Zimbabweans-are estimated to have fled the decade-plus economic and political turmoil. But officials say as life in foreign lands proves harsh, many more are returning home without being officially recorded as returnees.

Mareyanadzo says the reasons for voluntary return are “varied and complex”.

“They range from changes in personal and family circumstances, family re-unification, unmet aspirations while in South Africa, the various forms of abuses and vulnerability that migrants in general and irregular migrants in particular face while in destination countries and improved socio-economic and political stability prevailing in the country,” he said.

Conditions back home have helped.

Though progress has been slow, the country has been recording some positives that have made Zimbabweans struggling with life as migrants consider returning home. From a collapsed state, the economy is relatively on the mend and the Confederation of Zimbabwe Industries says industrial capacity utilisation is up from 10 percent in 2009 to 57, 2 percent.

Although conditions are still far from “normal”, the adoption of multiple currencies has made transactions and savings easier. Unemployment is still high, estimated by government to be over 80 percent, but a free for all informal sector is keeping families going.

Health experts such as Walter Mangezi told a recent gathering of medical experts at a Zimbabwe Medical Association annual congress that life expectancy had risen to 52 years from 37 years in 2006 due to improved healthcare. Mareyanadzo said life was harsher for many Zimbabweans living outside the country.

“The socio-economic challenges that Zimbabwe witnessed over the past decade saw a significant outmigration of Zimbabweans to South Africa and Botswana within the region,” he said.

“While the number of people leaving the country in search of employment and for other socio-economic reasons is difficult to quantify, the number of migrants deported to Zimbabwe continues to increase.”

The majority of those returning, voluntarily or through deportation, are in need of urgent help upon landing, Mareyanadzo said. IOM has an office in Beitbridge which offers assistance to returnees.

While life is becoming better for some people, the three orphans have no hope of returning home. With a weak and broke government, safety nets for vulnerable people such as these orphans do not exist in Zimbabwe. The country relies on donors to feed more than a million people ravaged by hunger.

“We are orphans, our parents died and we have nothing and no one to go back to,” Milton told the Daily News on Sunday on the streets on Musina, where she makes a living from begging.

“Our coming here was caused by the fact that we did not have anyone to look after us, so it is better for us to stay here than go back to Zimbabwe. May be one day we will return, but not anytime soon. We still have to figure out a way to sustain ourselves when we return,” said Milton. Daily News