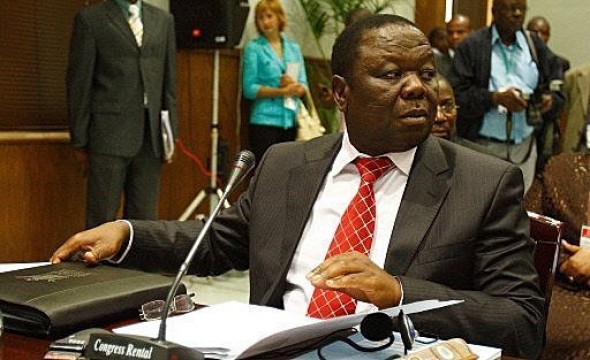 HARARE – Southern Africa’s regional body Sadc looks set to convene an extraordinary summit on Zimbabwe after disagreements over a new constitution threatened to disrupt a roadmap to a fresh election.

A facilitation team dispatched to Zimbabwe by South Africa President Jacob Zuma — Sadc’s point-man in the Zimbabwe dialogue — yesterday concluded a meeting with negotiators from the three ruling parties in the coalition where they finally declared a deadlock in the constitution-making process.

President Robert Mugabe’s Zanu PF, which denied there was a deadlock, saying the Principals were yet to meet and decide on the draft, requested that the two MDCs led by Prime Minister Morgan Tsvangirai and Welshman Ncube declare the deadlock in writing and copy the letter to Zuma as the facilitator and to the Sadc Troika chairperson Jakaya Kikwete.

Sadc, currently chaired by Mozambique, has been at the forefront of brokering the power-sharing agreement between Mugabe and long-time adversaries Tsvangirai and Ncube.

Priscilla Misihairabwi-Mushonga, secretary general of Ncube’s MDC, told the Daily News that they declared the deadlock after realising that Zanu PF will not let go their demand to make sweeping changes to the draft constitution.

“On the constitution issue, we submitted to the facilitation team that we have declared a deadlock involving a Maputo clause that says if you are in disagreement call the chairman of the Troika,” Misihairabwi-Mushonga said.

“We are deadlocked on issues of process. A cursory look at the content, it is clear we were unable to reach consensus.”

The Daily News heard that Zanu PF representatives told the facilitators that as far they were concerned, the Principals were still seized with the Copac draft incorporating Zanu PF amendments.

And they have not met to pronounce themselves and everyone should wait for that process,” a Zanu PF representative said. Mugabe is currently in Iran attending the Non-Aligned Movement summit. But the two MDCs rejected Zanu PF’s position and said there was no reason for waiting for the Principals.

Tsvangirai told reporters at Munhumutapa Building on Tuesday that he will not countenance any further amendments to the Copac draft and will not negotiate with Mugabe on the issue.

The Daily News heard that while members of Zanu PF in the Copac management committee signed the draft on July 18, more Zanu PF lawmakers approved the new draft constitution on August 19, 2012 under the ambit of the 25-member tripartite select committee even as the politburo mounted spirited remonstrations against the draft, reflecting divisions in the party.

Select committee Zanu PF MPs Olivia Muchena, Munyaradzi Mangwana, Walter Chidakwa, Monica Mutsvangwa and chief whip Joram Gumbo approved the draft at the Rainbow Towers on August 19 and handed the draft to the Speaker of the House of Assembly Lovemore Moyo as their party publicly rejected the draft.

The MDCs say at this stage, the draft can no longer be amended except by the people through the stakeholders’ conference and the referendum.

Zanu PF is demanding the reinstatement of enormous powers in the presidency that had been curtailed in the Copac draft, and 25 other fundamental changes to the draft, including deleting extensive reforms aimed at improving governance and entrenching basic rights.

If Zuma and Kikwete fail to break the deadlock, an extraordinary summit would be necessary to review the deadlock over a new constitution — one of the reforms called for under a power-sharing deal stitched after the country’s post-election unrest four years ago.

Outside the Sadc mediation, Zanu PF is threatening to ditch the Copac draft and go for fresh polls under the old constitutional order. Zanu PF politburo member and serial political flip-flopper, Jonathan Moyo told State TV that Sadc had no business interfering in such a fundamental internal process.

Likening the Copac draft to an “MDC manifesto”, Moyo said: “We should be optimistic that if reason and responsibility prevail, the (Zanu PF) amendments will stand, if reason and principle fail to prevail, and there is a deadlock. It is not the end of the world. Life will go on as it must and we should hold our elections and let the people decide.”

“We should take comfort from the fact that our country has a functioning (19-times amended) Constitution,” Moyo said.

Meanwhile, yesterday’s meetings also discussed Deputy Prime Minister Arthur Mutambara’s fate, with Zanu PF insisting to the facilitation team that the DPM will remain a Principal in the coalition despite Zuma’s stance that Ncube will be recognised as Principal.

Both MDCs protested this position saying it was not how they understood the Maputo Sadc summit position. The Daily News heard that Tsvangirai’s team recognised Ncube as the Principal not Mutambara.

The meeting also resolved that Sadc officials seconded to join the Joint Monitoring and Implementation Committee must be formally introduced to the parties and have their terms of reference outlined.

Zanu PF insists the Sadc team — including Ambassador David Katye (Tanzania) and Colly Muunyu (Zambia) — which was supposed to play a watchdog role for the regional bloc, be relegated to being a mere facilitation team. Daily News