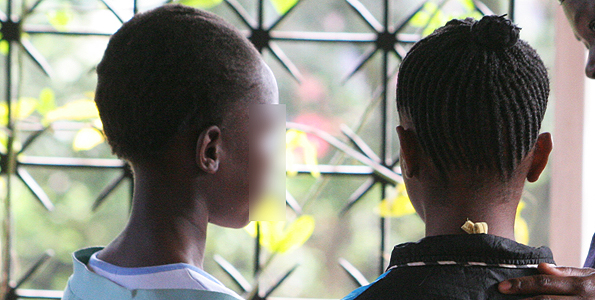 Early sexual debut for young girls was exposed at the Harare Magistrates’ Courts yesterday when a 12-year-old Grade 7 pupil shocked a packed gallery admitting having had consensual sex with five adult men. Four of the men — aged between 21 and 26 — have already appeared in court.

Two of them were convicted and fined for having been intimate with a minor.

Tapfumanei Kaitano (26) and one Lloyd (21) were both fined US$200 each by different magistrates. Another accused Victor Lemon (22) yesterday appeared in court for his initial remand charged with rape. He was remanded in custody to August 30 and advised to apply for bail at the High Court.

The trial of Nyasha Kaitano (22) opened yesterday before magistrate Mr Rodgers Kachambwa. Nyasha pleaded not guilty, arguing that the intimacy was by consent. The accused — who is in custody — said, in his evidence in chief, he was actually in love with the minor.

He accused the girl of making the advances. Nyasha said they became intimate at a friend’s house. He claimed to have asked the minor if she had been intimate before and she admitted to having had sex with two other men.

During cross-examination by prosecutor Mr Michael Reza, the Group A primary school pupil who was speaking in fluent English, admitted to having consensual sex with Nyasha. The girl, whose parents are deceased, stunned the court admitting to be Nyasha’s girlfriend.

When asked by Mr Kachambwa if it was Kaitano only whom she had been intimate with, she admitted sleeping with two other men. She told the court that she had a one night stand with Lemon. Mr Reza interjected and advised the court that the girl, in her police statement, admitted to having slept with five men.

“Your worship for the interest of the court, she confirmed to the police that besides the three she has mentioned to you, she also slept with two others. Tapfumaneyi who has since been convicted and one Abel who is still at large making them five,” he said

The minor did not dispute Mr Reza’s allegations. She told the court that she would tell their gardener’s wife about her sexual encounters. The girl’s guardian, her aunt, told the court that the girl needed help. She submitted that on the night of July 30, the girl disappeared from home and they made a police report.

“After a fruitless search, we decided to report her missing and with the help of the police we managed to find her the following day at one of her boyfriend’s house, Lemon. A medical examination was conducted and it disclosed that it was not her first time to sleep with men and when police interviewed her, she listed all her boyfriends.

“I think she needs help,” she said without specifying the kind of help she meant. The trial continues today. The State alleges that sometime in June around 3pm, Nyasha approached the girl and proposed love to her and she agreed.

They had sexual intercourse on that same day and she did not tell anyone. Ms Karen Muyangwa of Mabuye Zvarevashe legal practitioners is representing Nyasha.