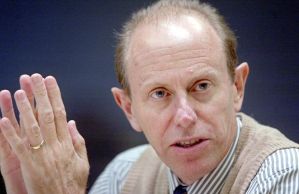 I note that in a commentary on Tuesday your paper (NewsDay) blames me and the Sports and Recreation Commission (SRC) for the Young Warriors’ failure to travel to Angola. While I accept that ultimately, of course, I am responsible for sport as minister, it is a pity that you omitted some key facts in this article.

I have, since (Fifa president) Sepp Blatter came to Zimbabwe last year, been trying to hold a finance indaba for Zifa – a fact NewsDay well knows – and have just come up against a brick wall. The purpose of this proposed indaba was to investigate the financial problems bedevilling football.

Every time I have asked the president of Zifa (Cuthbert Dube) to come for a meeting, he has failed to pitch up and I know that the chair of the SRC has suffered the same (fate). As they say, you can take a horse to water, but you cannot make it drink.

Furthermore, NewsDay did not give balance to the story by failing to mention another well-known fact that just last week, we again bailed Zifa out from precious Education Ministry funds for some of the $90 000 debt due to Pandari Lodge.

It is intolerable that a sport which should be self-financing such as football is in such a chaotic state that funds we can ill-afford to divert from education and other sports, have to be spent in this manner bailing out Zifa. We cannot simply continue to bail out Zifa when the education sector is shamefully short of funds and other sports are in dire need as well.

You should have pointed out, if you were being fair, that my ministry has to date only received 6% of the amount of money allocated to it this year, some $5 million to fund 8 000 schools and all sports, against some $35 million, for example, being allocated to defence in the same period.

How can we possibly assist in paying for football-related airfares when our ministry is in so dire need of cash? Is it also proper that we should bail out football when children cannot go to school because they cannot pay fees? What is more important?

Finally, as NewsDay well knows, although I and the SRC have powers to move against errant sports associations, Zifa remains relative royal game because Fifa does not tolerate governmental interference in football.

If we were to “shut up Zifa’s shop”, as you so glibly put it, Zimbabwe would be suspended from international football in a flash by Fifa and NewsDay well knows that. So it is all very well to say that we should shut up the shop of Zifa, but NewsDay knows, if it is being fair and honest as journalists should be, that that is far easier said than done.

And let me conclude by stating that the subtle racist innuendo in the article does not do your otherwise fine paper proud. That particular comment was something one expects to see in other papers, but not yours. An apology for that would not be out of order.

I trust that in the interests of balance and professional journalism, you will publish my reply and give it equal prominence to your commentary.

In response the NewsDay editor says: “We are aware of Coltart’s efforts to have sanity at Zifa, but our point was that his ministry and the SRC should have intervened when it was apparent that the football association had failed to raise air fares. National pride was at stake. As a nation, we are going to be punished by the Confederation of African Football heavily for failing to fulfil the Angola fixture.