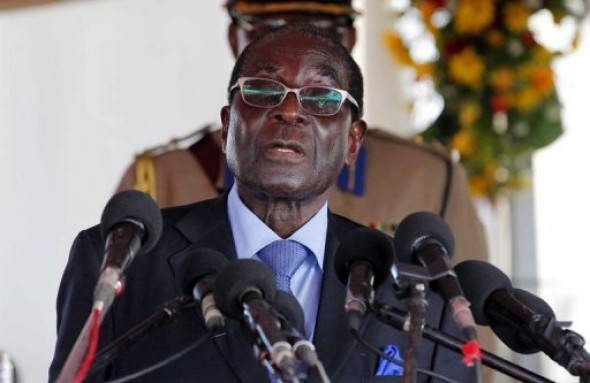 There was an embarrassing moment at the National Heroes Acre on Monday when a small group of soldiers and ZANU PF youths seated next to the VIP area decided to boo Prime Minister Morgan Tsvangirai when he was introduced to the crowd.

Tsvangirai and the entire MDC-T national standing committee attended the Heroes Day commemorations. Our sources say Mugabe, who was seated next to Tsvangirai, was “a bit embarrassed by the indiscipline of the small group of soldiers and ZANU PF youths booing the PM.”

Mugabe is then said to have chided those booing telling them: “If you don’t like these people, vote against them, this is a national event. These heroes did not die to liberate ZANU PF people only, they died to liberate everyone.”

A similar booing of MDC-T senior figures took place at the burial of former army general Solomon Mujuru last year. MDC-T officials then warned Home Affairs Minister Kembo Mohadi that if a similar incident took place, they would instruct their youths to retaliate and boo Mugabe at the next event.

On Monday MDC-T spokesman Douglas Mwonzora told SW Radio Africa that the MDC-T executive will also be attending the Defence Forces Day on Tuesday. “The MDC executive will be there, it’s our day too and we are ready to govern. We will be presiding over these events from next year onwards.”

Meanwhile Mugabe used the Heroes Day celebrations to give another one of his tongue in cheek calls for peace. Despite several peace calls by Mugabe, the repressive state machinery controlled by his ZANU PF party continues to be deployed against those who are in opposition and civil society. SW Radio Africa