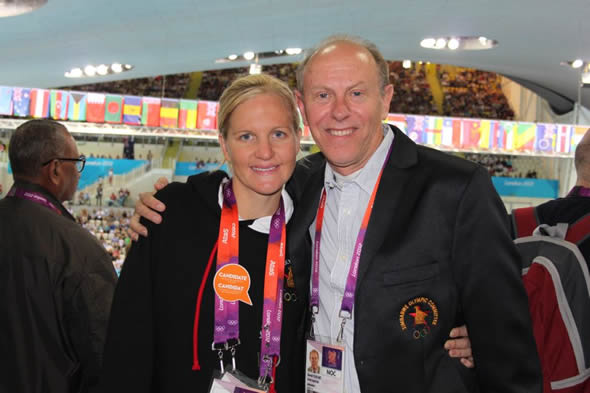 The curtain has come down on the London 2012 Olympics but what a sporting fiesta it was! There were extra-ordinary performances by athletes who shattered records with breathtaking performances.

Usain Bolt, the Jamaican who sprinted his way into Olympic history was without doubt the major drawcard in London. He silenced critics by defending his 100 and 200 metres titles, eclipsing compatriot and training partner Yohan Blake who was tipped to upstage him.

But it was not a Bolt only show in London. The Ethiopian and Kenyan long distance runners did not disappoint. Who can forget that Kenyan, David Rudisha, whose record breaking 800 metres performance was the stand-out performance of the London 2012 Olympics?

But as we enjoyed the Olympic feast, one could not suppress a feeling of disappointment that Zimbabwe’s athletes were missing in action.

In the track and field events, we failed to field a single athlete! Our only hope, Ngoni Makusha, failed to make it due to an injury, so the burden of bringing medals home was left on the able shoulders of Kirsty Coventry.

Coventry has not disappointed in the past, so we hoped she could do the nation proud again. She tried her best, making it to finals, but sadly left the games empty-handed.

Coventry can’t be blamed for failing to raise Zimbabwe’s flag high. She distinguished herself so much that she is a sporting legend who will be remembered for bringing gold to a nation that cares little about the Olympics.

Just imagine what we were doing when other nations were glued to their television sets.

Some of our geriatric Zanu PF politicians never had the time for that. From 5pm on Wednesday to 5am on Thursday; they were looking at the constitutional draft line by line, trying to remove anything that could stop President Robert Mugabe from clinging to power.

The greater part of Thursday they were still asleep as soldiers were disrupting census meetings. What an indictment on the calibre of leaders we have!

We expect gold at the Olympics, yet we don’t invest in a process that produces a fertile ground where Olympians can thrive. We believe incumbents can last forever and we don’t see any sense in succession planning in anything we do.

Take for example the Jamaicans.

While sprinting sensation Bolt is still at his best, there are youngsters breathing down his neck, ready to carry on the torch once he stumbles. You can deduce that it’s only a question of time —when Bolt’s legs can’t sustain those record breaking speeds that he displayed at the Olympics—that the young boys will gladly take over.

That is what we want to see in Zimbabwe; young Kirsties lurking around at the Aquatic Complex and at other swimming pools across the country. We should not only rely on Makusha because when he is ill or injured as is the case at the moment, we cannot field anyone else at the track events.

We do not want a delegation to the Olympics that has 14 Zimbabwe Olympic Committee (ZOC) officials and seven athletes. That alone shows our skewed priorities.

Yes, we have the ZOC, but it’s legitimate to ask what the hell are these guys up to? Weren’t they sleeping on the job all along only to wake up when it was time to board the plane to the London Olympics?

To begin with, all associations must have a succession policy, not a situation whereby one person is president of an association for more than 10 years. What new ideas is that person going to bring to athletics?

Because some of the officials have stayed in power for too long, they lack fresh ideas that can bring dynamism to our athletics. It’s not surprising that there are some in the ZOC who still think that Coventry should deliver more gold in 2016.

That is wrong: we need to groom new swimmers. Coventry is 28, but think about how she was competing with 17-year-old Missy Franklin. What does that tell us?

Coventry has acquired tremendous swimming knowledge, doesn’t that remind us that she has a role to play in the development of future swimming Olympians here in Zimbabwe? Just like in business, we need an Olympic strategic plan that guides us in the next four years. Do we have that plan or we don’t see anything wrong with returning home from London 2012 without a single medal?

In 1980, we had a 42-strong member team and in 2012 we had seven, what has gone wrong? If we want a strong team for the track and field events, what should we do now? Should we sit on our laurels and expect Makusha to bring us gold in four years’ time?

If we want to see our own champions in the individual medley swimming category, then we need to promote the game in our schools, clean up the Aquatic Complex, build more pools, invest in coaches so that they can nurture the talents of youths who aspire to dominate the world in 2016.

If we want a repeat of the exploits of the golden girls of 1980 in the Russian Olympics, then Magamba stadium at the back of the National Sports stadium should be given due attention.

Khumalo stadium in Bulawayo should be maintained so that we are assured of a world class facility in the city. Mucheke stadium in Masvingo should also be upgraded to meet Olympic standards.

If we need a “Lighting Bolt” in our team in 2016, then we should go back to the drawing board and come up with ways to attract youngsters whose talent gets wasted away in towns and rural areas after finishing secondary school.

We need to value talent identification programmes in education as these can help us spot youngsters who can be groomed to smash records and bring glory to Zimbabwe, come 2016.

The Ministry of Education, Sports, Arts and Culture should give support to the Sports and Recreation Commission in form of grants to develop talent. Just tweeting, like what Minister David Coltart did while encouraging our underachieving athletes in London during the past days, won’t do the trick. Zimbabwe Standard

Oliver Mtukudzi to be honoured in London