Self confessed satanist arrested for murder 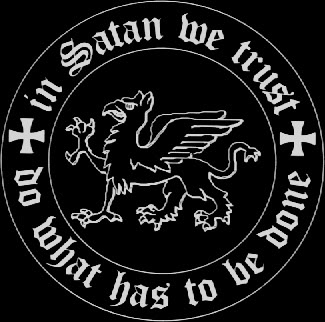 An 18-year-old self-confessed satanist who allegedly admitted to having killed his employer’s 12-year-old daughter by slitting her throat and sucking blood from the wound to quench his thirst for human blood has been arrested in Mutare.

Acting Manicaland provincial police spokesperson Inspector Enock Chishiri confirmed Thomas Zvapanganwa’s arrest, adding that he would be charged with murder. The incident allegedly occurred last Saturday in Fern Valley where Zvapanganwa was employed as a gardener.

“We are treating the case as murder, but during interviews with some of our members, Zvapanganwa is confessing to be a satanist and he is admitting that he killed the minor to suck her blood and fulfill some rituals,” Chishiri said.

He said on the fateful day, the juvenile, identified as Taremedza Mareere, left home for a church choir practice. When she came back, she allegedly found Zvapanganwa alone. Zvapanganwa allegedly took advantage of the absence of the other family members, dragged the girl to the bathroom and stabbed her to death before sucking blood.

The crime was only discovered at around 7pm upon the return of the juvenile’s mother who got no response after calling out for her daughter to open the gate.

“She then called a neighbour, Vimbai Manhanga, who then jumped over the pre-cast wall and proceeded to the house. Manhanga observed some blood- stains and a blood-stained kitchen knife on the floor as he got into the kitchen. The blood stains led to the bathroom,” Chishiri said.

In the bathroom, Taremedza’s body was found lying in a pool of blood with a deep cut on the neck. The woman immediately raised alarm with her neighbours and the police. When police interrogated Zvapanganwa the following day, he admitted to having committed the murder for ritual purposes, leading to his arrest.

He is expected to appear in court soon on a murder charge. NewsDay

Mugabe ready to hand over power if he loses