Africa’s founding fathers have run out of steam 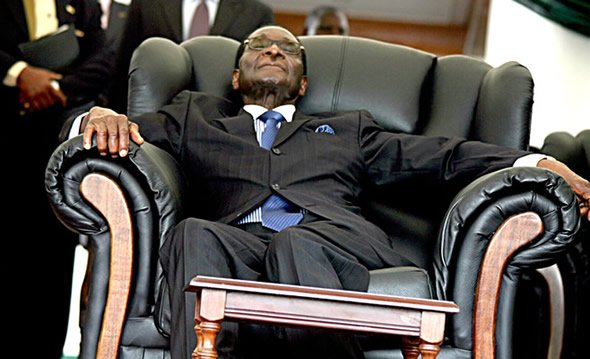 Even on the political front, in most instances, the colonial masters have been proven to have been better, in essence, than the native African regimes that took over. This is in no way a wish for a return to the colonial times. This is a quest for the circumcision of the African mind so that our heads can work as they should be without any restricting fetters.

Having helped emancipate the continent, Africa’s founding fathers created a new elite ruling classes in their countries. These classes have been untouchable and their appetite for the trappings of power and the accompanying luxury has been insatiable; even surpassing the colonial masters.

Leadership Crisis in Africa: Words have turned into bullets…

Copac a waste of time and resources

These elite classes mimic the colonisers to a fault and in the words of the late Sembene Ousmane are “all-ears to Europe”. Along the way, these classes became ensconced in wealth-accumulation and forgot the masses.

When the rich-poor chasm between them and the povo became too wide and visible, even for Africa’s uneducated masses to see, the masses wanted them out. This is part of the struggle we saw in North Africa in the recent past and which is moving south with relentless speed.

Not wanting to go (they ask daft questions like where do we go?), they have come up with a ruse of turning themselves into modern-day economic emancipators. The truth of the matter, as anyone with eyes can see, is that they have no solutions to our economic problems.

All they could do, and have done well, is to amass massive wealth for themselves, their families and their close associates which is incongruent with their societies. They cannot be economic liberators; they can only be economic robbers.

They toy with people’s emotions and lives, talking, in glorious terms, of revolutions long gone by. They make their people live in the past while they live in the present and look forward to a brighter future. They create fear in their countries by conjuring in the imaginations of their fellow countrymen images of wars beyond reality.

I postulate here that the next stage of African independence is not, and should not be, economic emancipation, but mental cleansing. Africans live in fear. Fear of a return to colonialism. Fear of some of their political independence leaders who have turned into murderers.

Fear of an elite middle-class that enjoys a false sense of cultural superiority. This fear is being exploited by sly old political foxes. This fear needs removing. Only mentally-emancipated Africans can transform themselves into economic success stories.

Political leaders need not bring this success to their fellow countrymen on silver platters; they simply need to create enabling environments. They need to create lasting African institutions of mental emancipation. The rest will follow.

In Africa, to think is a crime. A write-up like this one can invite mortal harm on the writer. As a result, African professionals who should lead the African development impetus flee their countries to invest their expertise abroad. African political independence leaders have failed to lead beyond political independence.

They are actually now reversing the gains of independence by driving fellow African professionals out of Africa. They are undermining Africa. Our independence political leaders and the elite ruling classes they created have a major shortcoming.

Colonial education inculcated into them “western values and western individualistic ethos, which have distorted their identity, destroyed their commitment and accountability to African history, they are good at mimicry and echoing the lifestyles and outlooks of their mentors” according to Munashe Furusa.

African political independence leaders should now go to their retirement homes as a matter of urgency. The need for leadership renewal within their political parties and nations is compelling.

Leadership Crisis in Africa: Words have turned into bullets that maim the innocent

Copac a waste of time and resources