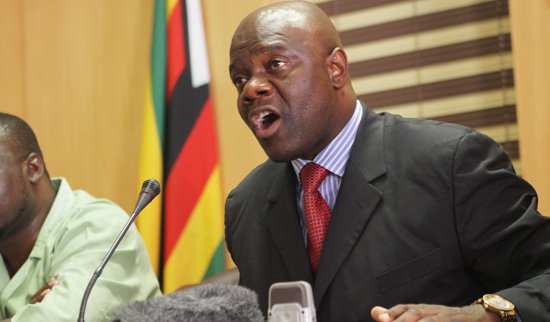 Government adopted the current vehicle registration system to enable law enforcement authorities to positively identify the person regarded as the registered owner of a particular vehicle at a particular time during its lifespan.

Deputy Prime Minister Professor Arthur Mutambara said this while responding to questions on behalf of Transport, Communication and Infrastructural Development Minister Nicholas Goche in the House of Assembly on Wednesday.

Hwange MP (MDC-T) Mr Wesley Sansole, had asked Minister Goche to justify the requirements for motor vehicles to have new number plates each time there is change of ownership.

Zimra goes after the big fish

The Zimbabwe Revenue Authority has made proposals to Government to revert to the system of a vehicle having a single registration number from the first registration to final destruction instead of changing this number with each change of ownership.

“The new vehicle registration number plate was introduced into use from March 1, 2005. Before its adoption, wide consultations were made and to date, we remain satisfied with this new arrangement, which has largely managed to live up to our original expectations,” Minister Goche said.

Minister Goche said other countries such as Togo, Puerto Rico, Russia and other states linked to the former Soviet Union, were using the same system, which links a vehicle’s registration number to the registered owner as opposed to the vehicle.

“Government’s main reasons for embracing the present vehicle registration system are to facilitate the re-registration of a vehicle previously registered as either a Government and or a diplomatic vehicle as a private use vehicle and vice versa,” Minister Goche said.

“The system also enables law enforcement authorities to positively identify the person that is or was regarded as the registered owner of a particular vehicle at a particular time during that vehicle’s lifetime, and encourage the new legal owner of a given vehicle to comply with the requirements of the law on the payment of value added tax to the Zimbabwe Revenue Authority,” he said.

“The current number plate was now more like a public document that is in the hands of citizens (in this case motorists), but being owned by the state!”

Quizzed about the high cost of the number plates, Minister Goche said Government slashed the prices in 2008.

“My Ministry reduced the selling price of a set of number plates for a motor vehicle from US$200 in 2008 to US$160 in May 2009. In arriving at the current selling price at that time, we had factored the cost of imported raw materials,” he said.

Minister Goche said when the economy stabilised and a meaningful reduction on importation cost of raw materials, there is a possibility of a complementary review of the selling price of number plates and their subsidiary documents.

He emphasised that the history of a registered vehicle within the present set-up was not lost at all upon change of ownership. Zimra, however, reckons that the new system allows many to evade paying taxes and makes it very difficult to keep track of cars especially those that would have been smuggled.

Zimra Commissioner General Mr Gershem Pasi, recently said the tax authority had engaged the Ministry of Transport, Communication and Infrastructure Development after unearthing massive underhand dealings that could be prejudicing the State of millions of dollars.

He said proposals were then made after realising that the current system had many loopholes and was subject to abuse by dealers and Central Vehicle Registration workers.

Zimra goes after the big fish