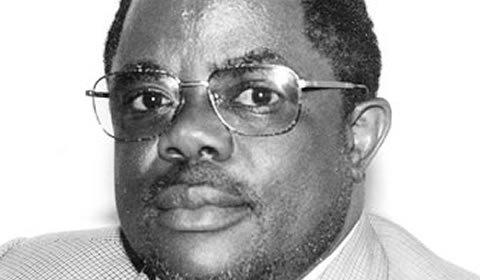 At the time of his death he was the deputy chairperson of the Voluntary Media Council of Zimbabwe. A family spokesperson said Chakaodza had been suffering from cancer for the past few years.

Chakaodza lectured journalism at the Christian College of Southern Africa and Harare Polytechnic in the 1980s and early 1990s. He was appointed Director of Information in the then Ministry of Information, Posts and Telecommunications in 1993.

In 1998 he was appointed The Herald editor and doubled as the managing director of Zimpapers Newspapers Division. He was also appointed to the ZBC board in March 2000. Chakaodza left The Herald in August 2000 and later assumed editorship of The Standard between 2002 and 2005.

“It is very sad indeed, I am shocked. I worked with him for several years at the ministry and he was a hardworking and incisive person,” Cde Chimu-tengwende said.

“The union received news of Chakaodza’s death with great shock and sadness. He has left a void that will be difficult to fill as he was a rare breed who was able to interact with people from different generations and media backgrounds.

“In addition to his work as a media consultant, Chakaodza was one of the judges at the ZUJ National Journalistic and Media Awards,” he said.

Dongozi said the beginning of the year had been traumatic for the media fraternity with a number of journalists passing on.

“Comrade Chakaodza’s death is a great loss to the journalism family and Zimbabwe as a whole and may he rest in eternal peace. The beginning of the year has been particularly traumatic for the industry as it has seen the death of five journalists and media personnel,” Dongozi said.

“VMCZ is shocked by the passing on of Bornwell Chakaodza who was a sterling example of professionalism in journalism,” he said. Burial arrangements will be announced in due course and mourners are gathered at his Bluff Hill house in Harare. The Herald

‘Nobody is safe anymore’: Afghans in shock after three female media…