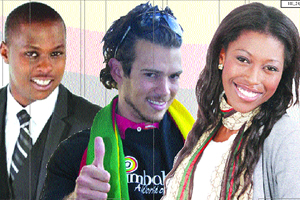 HARARE- Casting for M-Net’s Big Brother Africa reality show begins in February, with an interesting requirement – that all would-be participants enter in pairs. The seventh season of the continent’s attention-grabbing Big Brother Africa series reality show will be hitting DStv’s channel 198 in May and will be beamed live in more than 14 countries.

MultiChoice Zimbabwe public relations and publicity manager Liz Dziva said entrants would now be required to bring a partner as part of the selection process.

“That other person can be a best friend, boyfriend, girlfriend, mom, dad, brother, sister, boss, husband, wife, neighbour, hairdresser, . . . in fact, anyone. But the rule now is, people have to enter in pairs,” said Dziva.

“After the submission of paper entries successful candidates will be called for auditions,” she said.

She said entrants should be 21 years or older, English-speaking, have a valid passport and are citizens of the 14 participating countries. The entrants should also be tolerant of views and lifestyle choices other than their own and must have the social flexibility to live in close proximity with others (strangers, to be precise).

“This show is definitely a high command property that draws and holds audiences from start to finish, while the basics are the same, every season is different from the last. Re-invention of Coca-Cola is crucial and I can confirm that this year we are doing something that has never been done before in the history of Big Brother Africa,” said Alabi.

She also said this year’s Big Brother Africa is different from the previous season, where two winners walked away with US$200 000 apiece; only one winner will emerge from the Big Brother this time around.

“At the end of the 91 days, while many housemates will walk away with fame and the experience of a lifetime, there will be only one winner, so this season the winner takes all,” added Alabi.