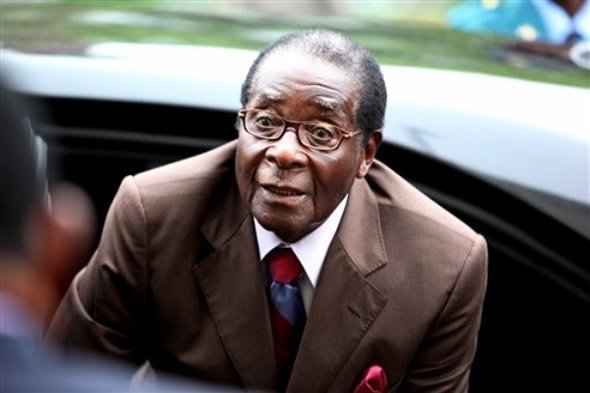 HARARE – President Robert Mugabe, who is clamouring for an early poll to beat advanced age and reported ill health, is faced with a similar situation that led to his defeat to MDC leader Morgan Tsvangirai in the March 2008 presidential elections.

Mugabe only managed to return to government after Tsvangirai boycotted a violent run-off, forcing the formation of a coalition of the bitter rivals with the former trade unionist coming in as Prime Minister.

The two men are set to fight it out again in elections most likely in 2013, although Mugabe is pressing for a 2012 poll. The Daily News on Sunday can reveal today that MPs that revolted against Mugabe in 2008 under an operation code named “bhora musango (kick the ball off the field)” are at it again.

Under the 2008 operation, his MPs called for people to vote for them alone and not Mugabe. Angered by the former guerrilla leader’s refusal to leave power to the younger generation despite declining public support, MPs are grouping to resist Mugabe’s early election poll.

They also want to push for the scrapping of internal  primary elections for sitting MPs, arguing that an early election would have prejudiced them since their terms, which were supposed to end next year, would have been cut short.

This would be the second time that the MPs’ terms will be cut after Mugabe called an early election in 2008 when MPs’ terms were supposed to end in 2010. Party sources, including several MPs, said the plot is code-named “Operation gara pauri ipapo (stay where you are)”.

The plot, according to sources, is still muted but gathering momentum. Under the operation, MPs and ministers are vowing to stay put “the way Mugabe did” and intent to launch an offensive against the party’s procedure of conducting primaries ahead of general polls.

Observers note that it will be an uphill task for the MPs to pull off the plot given the history of senior party members who plot against Mugabe only to chicken at the octogenarian’s word.

The plot, which also involves current Zanu PF ministers, exposes how Zanu PF stalwarts are against an early election. They feel the elections could mark the end of their political careers if handled in a rush since the party lost its parliamentary majority in 2008 for the first time since independence.

“If Mugabe remains President, then we all should remain MPs and no primaries should be conducted in constituencies. If Mugabe is unchallenged, the same should happen to legislators,” said one MP.

According to the MPs, most Zanu PF officials on the ground in their constituencies were uncomfortable to challenge the MDC in the next elections with Mugabe as the man in charge.

Most Zanu PF heavies, including serial flip-flopper, Jonathan Moyo confided to American diplomats that Mugabe was out of favour with most party officials and was of ill health. “The truth is we (Zanu PF) do not want elections now,” said another MP.

“President Mugabe was endorsed at the congress (last month) and I do not know the mechanism the MPs will use to represent the party in their constituencies without going through primary elections. As a party, we live by the conference decision and we are ready for the polls,” said Gumbo.

In 2008, Mugabe suffered defeat to Tsvangirai under similar circumstances when his legislators called for voters to vote for them only and not Mugabe.

Churches, rights groups and election observer groups later accused the military, whose leaders are fiercely loyal to Mugabe, of driving a violent run-off campaign that Tsvangirai says left at least 200 of his supporters dead.

Thousands others were forced to seek refuge as their houses were bombed and burnt  as known MDC activists came under intense attack. Mugabe and his close lieutenants are already sensing danger.

Late last year, Mugabe used an inter-party anti-violence indaba to warn Zanu PF members against repeating the sabotage that resulted in his March 2008 humiliation. He took a swipe at his MPs for betraying him during the 2008 poll under the operation bhora musango.

His party’s political commissar, Webster Shamu, known as a staunch backer of prolonged Mugabe rule, has also fired warning shots, realising that the 2008 ghost will come back to haunt the party. He recently warned party members against challenging or undermining Mugabe in the next elections. Daily News