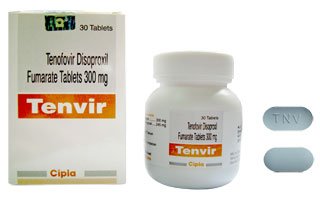 About 127 Zimbabwean women who were HIV negative are feared to be now HIV positive after they participated in trials that were aimed at testing a set of drugs that medical experts thought could reduce the risk of infection.

Tenofovir, a key drug used in the study, has since been dropped after it failed to shield participants from contracting the virus. Vaginal and Oral Interventions to Control the Epidemic (VOICE) project director Dr Nyaradzo Mgodi told The Sunday Mail last Friday that the women were part of a group that was always at risk of infection.

She said the project co-ordinators were still working to establish the exact number of the infected. She said participants who tested positive will receive HIV counselling, contraceptives and other medical support services. The participants are predominantly sexually active married or single women who live in communities with a high HIV prevalence.

“The decision to discontinue the use of the Tenofovir tablet in VOICE came after the drugs were found to be ineffective in preventing HIV contraction among the women enrolled for the trials,” she said.

“A total of 127 women in Zimbabwe have been affected. The Data and Safety Monitoring Board (DSMB) recommended that the VOICE study discontinue evaluating Tenofovir tablets, saying the study would be unable to show the difference between the effects of Tenofovir and placebo tablets.”

Dr Mgodi said the safety of participants remained the research team’s uppermost priority. She said the study would proceed in line with efforts to develop a microbicide for women. “The team is especially grateful to all of the VOICE participants whose commitment to this trial has already helped gain insight into the oral Tenofovir tablets for preventing HIV among women.

“All VOICE participants will be informed about the decision to modify the study. The participants will be provided with information about where they can receive HIV testing and counselling, contraception and other medical or support services as needed. Women in the oral Tenofovir group, who became HIV-infected and/or pregnant during VOICE and are enrolled in a Microbicide Trials Network ancillary study, may continue to participate in this study.”

The VOICE project was introduced in sub-Saharan Africa in 2009 to help develop a microbicide for women. A microbicide is a new product tailor-made to protect women against HIV infection.

The drug comes in the form of tablets, vaginal gels or creams. A total of 4 077 South African, 630 Zimbabwean and 322 Ugandan women enrolled for the trials, which were initiated by the Microbicide Trials Network. In Zimbabwe, researchers approached women in communities countrywide highly susceptible to HIV. The prospective participants signed consent documents spelling out the study objectives and the risks they were likely to face.

Participants have an option to drop out of the research and resume at an opportune time. They undergo medical examinations periodically. Ministry of Health and Child Welfare Disease Control Centre director Dr Portia Manangazira said the Medical Research Council approved the study.

The study is being undertaken within a trial design of the daily use of an anti-retroviral tablet and ARV-based gel. Active truvada and a placebo are the common drugs while the gels include active tenofovir and a placebo. Participants were grouped according to the specific drug or gel on trial. All three countries have, however, since stopped using oral tenofovir.

The number of participants who might have contracted the virus during the study in South Africa and Uganda could not be immediately established. Research shows that women account for 60 percent of HIV positive adults in sub-Saharan Africa. Young women in Southern Africa are five times more likely to contract the virus than their male counterparts.

All new global infections are reportedly among women aged between 15 and 24. Dr Mgodi said although correct and consistent use of condoms prevents HIV, women could not always successfully negotiate the use of the contraceptive. She said women required preventive methods they could control such as a vaginal gel or an oral tablet. The Sunday Mail

Gideon Gono must own up to his past