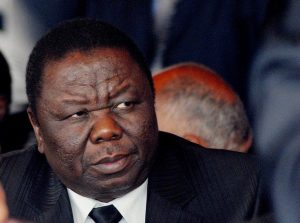 By Benjamin Chitate in New Zealand

The Zimbabwean media has been awash with the news around Prime Minister Morgan Tsvangirai’s u-turn on his views on homosexuality. Among the many headlines that have resulted from the Prime Minister’s statement are “PM Policy muddle”, “Outrage over PM’s gay talk”, “Tsvangirai hammered over gay talk” and “MDC-T won’t endorse Tsvangirai’s gay call”.

The media are not to blame in coming up with such headlines – they have a duty to report to the country’s citizens the way they see things, and that is how editors felt about the Prime Minister’s new position on gays and lesbians.

People have, including those within the MDC-T leadership, a right to express their views on the Prime Minister’s opinion, and when some in the MDC-T leadership challenge their boss, that is democracy. We don’t want to have a situation in which MDC-T officials end up being labeled “Tsvangirai’s wives”, as has been the case where Zanu PF officials were labeled as “Mugabe’s wives” for not challenging his positions on anything.

Firstly, I would like to point out that good leaders must always make a u-turn when they have new thinking on any subject. Unlike others leaders who will pretend that their original thinking is the correct position even when they have had a change of heart, the Prime Minister openly demonstrated that he has had a change of heart, and now respects the fact that people were born and brought up differently, just as prophetic singer Leonard sang on his 2004 song Yarutso “Pakuzvarwa takapfumbatidzwa zvakasiyana, ko zvinaaniko, ko taizivei” and “Nemisha inosiyana mirairo inosiyana, ko zvinaaniko, ko taizivei”.

Having said that, let me remind Zimbabweans that it was not the early missionaries, the British colonialists or the American who introduced the word “Ngochani” into our language. Unfortunately I don’t know if there is an equivalent word in Ndebele.

To Use President Mugabe’s words, homosexuality is “just madness, insanity”, but should society shun people who are insane. President goes further to say “The ancestors will turn in their graves should we allow this to happen”, but can he give any evidence that the same ancestors he refers to dealt ruthlessly with homosexuals?

Prime Minister Morgan Tsvangirai should be commended for having realized that while he personally does not subscribe to homosexuality, there are some people with rights to associate as they please who like it that way, and that is the right way of thinking for a leader – putting the interests of others who may be of a different opinion or orientation first.

People should pay more attention to Prime Minister Tsvangirai’s words “For as long as it does not interfere with anybody, who am I to define what individual opinion would be as far as their sexual preferences are concerned?” People should, instead be focusing on penalties that should be levied on perpetrators of sexual abuse, whether the perpetrators are homosexual or heterosexual, especially where the victims or survivors are minors.

I would like to conclude my contribution by reminding my readers that to make a u-turn can be a strength in some cases, and this is one of those cases where, in my opinion, Tsvangirai showed his strength of character by realizing that his previous perception on was incorrect.

I am sure every Zimbabwean will be very happy if President makes a u-turn on all the wrong decisions, positions and actions he has taken or carried out, including the Gukurahundi atrocities, Murambatsvina, the chaotic land grab programme, just to give a few examples.

Ncube claims Tsvangirai is scared of him