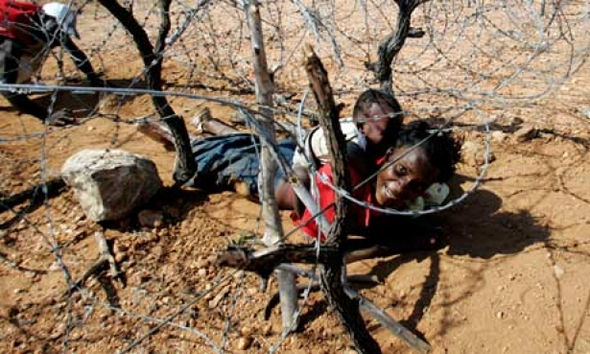 The deportation of Zimbabweans resumes at a very sensitive time, with revelations in recent months of abuse of asylum seekers at refugee reception centers compromising their right to apply for refugee status.

It also begins in direct contradiction to the recent undertakings made by the Department of Home Affair’s Director General, Mr Apleni, while addressing the Parliamentary Portfolio committee for Home Affairs, not to embark on deportations of Zimbabweans until the Zimbabwean Documentation Project has been completed, appeals reviewed and the minister approved deportations.

We are also extremely concerned that efforts to get clarity around the number of people in South Africa through the upcoming Census are being undermined by this latest move by Department of Home Affairs.

Zim government to blame for thousands flocking to South…

Despite PASSOP being reassured by South Africa’s Statistician-General, Mr Pali Lehohla, that it will be safe for all immigrants to participate in the Census, the Department of Home Affairs has taken a seemingly unilateral decision. Fear and paranoia have begun among immigrants.

It is obvious that sadly many immigrants in South Africa will ‘go underground’ into hiding and be unwilling to open doors to officials conducting the census. Despite PASSOP having undertaken to encourage all immigrants, documented and undocumented, to participate and be counted, we can no longer do so as deportations are increasing at this very important time.

PASSOP believes that the positive and genuine reassurances from the S.G. cannot reassure immigrants that they will not be arrested and deported during the census, because Home Affairs will not only continue deporting immigrants, but will also begin deportations of all undocumented Zimbabweans for the first time in two years.

The number of immigrants living in South Africa has been subject to much speculation. In particular the number of Zimbabweans has been a hotly contested: while the Department has claimed that the vast majority had been documented in the recent Zimbabwean Documentation Project, many civil society organizations, including the IOM, IDASA House and Human Rights Watch have claimed that there could be as many as 1.5 million Zimbabweans in South Africa.

This latest move will continue to obscure the actual number of Zimbabweans living in South Africa. South Africa will have to keep depending on deportation numbers and estimates hence forth, as surely undocumented Zimbabweans will not answer doors to be counted and will do everything they can to avoid arrest and deportation.

We were overjoyed with news of the Departments’ recent and successful audit. The Department made South Africa proud, but sadly while we were enjoying the good news, and the Department getting its hard-earned positive publicity, the Department quietly put into motion the processes for Zimbabwean deportations.

Zim government to blame for thousands flocking to South Africa