Power FM headed for a revolution next month 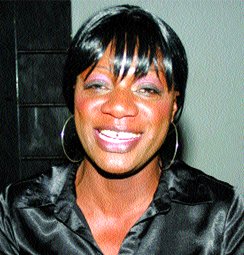 Power FM is headed for a revolution next month as new boss Bridget “Bubbling B” Gavanga makes sweeping changes at the station. Though officials from the parent company, Zimbabwe Broadcasting Corporation, were tight-lipped on the developments, indications are that the Power Breakfast Show, popularly known as the PBS, is to undergo a massive transformation.

The first noticeable change is the elevation of Bubbling B from the deck to the office, where she will be involved mainly with administrative work. This will leave Daves Mugadza, who usually clowns as Dr Zobha, alone on the Monday, Wednesday and Friday slots.

However, to counter the expected monotony of a solo Dr Zobha, three times a week and three hours for a shift, the station is to have the increasingly popular duo of Tinashe Chikuse and Tendayi Chakanyuka, better known as Double TC, combine with Dr Zobha, from Monday to Friday.

The PBS, which is the flagship programme for Power FM, is also to see a name change with effect from October 1. The other change is that the 6am to 6pm slots will have two DJs on air, instead of one, like the current set-up on the breakfast show.

This change is likely to be welcomed by DJs like Scott Matengambiri, better known as DJ Scott, who despite his popularity on and off radio, still has just one slot per week  and not by choice.

Scott, who has popularised every slot that has been thrown at him since he broke onto the limelight as a young DJ years ago, is now more of a party and club DJ as he works just three hours per week at Power FM. His colleagues have a minimum of three slots per week.

The talented wheel spinner, who used to enthral radio listeners during Drive Time (a prime slot) and later the After Drive, is almost non-existent on radio nowadays. Judging by the popularity of his controversial show, Chocolates and Roses, his sole programme, which he does every Tuesday, the DJ surely deserves more.

When this reporter caught up with the DJ he would not say why he is practically off radio these days but was quick to say that it is the prerogative of management to award a DJ any number of slots per week.

“I just do my job. I am not management so if you want to know any specifics about my work at Power FM, talk to the station manager. I am not qualified to talk to you about that, but we can talk about my programme,” said DJ Scott.

Even with dwindling radio listenership in the country,  DJ Scott’s programme, Chocolates and Roses, continues to defy the odds. The late-night programme, which takes place during Scott’s sole slot between 9pm to 12 midnight every Tuesday, enjoys quite a following, although many still question its authenticity.

“Hie. My name is Peter, I’m calling you from a flower shop in Borrowdale . . .” says Scott as he begins his journey into deceiving the “lucky” recipient of his phone call that night. The DJ goes ahead to inform the guy on the other end of the phone that he is a lucky winner of a bouquet of flowers and a card, and that he is free to send the flowers to any lady of his choice.

Rarely do these men send the flowers to their wives or official girlfriends;  some are lucky to do the right thing. But it is only after the man has “sent” the flowers that he is then told that he is live on Power FM and that the man he was talking to was not Peter but DJ Scott. A harsh exchange usually ensues if the guy has been exposed as a cheat and, if not, good for him.

Scott does the same with the ladies, pretending to have gotten the numbers from their best friends and the result is usually something quite intriguing. But where and how does Scott get the phone numbers and names of his “victims”?

Said DJ Scott: “The numbers of the people we call mainly come from their spouses. These are just couples testing each other most of the time. I think it is a moral lesson just like that television programme, Cheaters.” DJ Scott has been on and off radio since 2008 when the station experienced an exodus of DJs.

Some like Bridget Gavanga, Witness Matema and Kudzi Marudza, who had left the station, had better fortunes upon their return while the likes of Munya Milimo failed to last the distance.