Public hearings on the Electoral Amendment Bill were set to begin this week, with the proposed polling station based voters’ roll and the issue of Diaspora votes expected to spark heated debates. 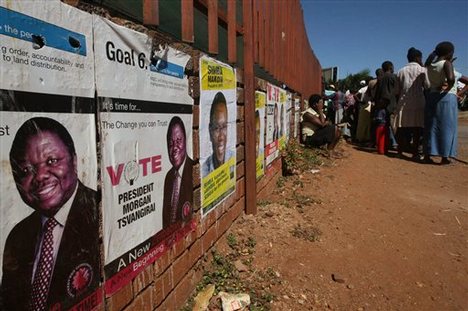 The Bill was gazetted on the 27th of June and is due to undergo debate and a vote in parliament in a few weeks. The Zimbabwe Election Support Network (ZESN), which includes 38 member groups, is also conducting its own independent hearings on the proposed changes.

Polling station based voting would see the residents of any constituency able to vote only at their local polling station, and nowhere else in the country. Zimbabweans outside the country would be denied the right to vote, and government workers only would have postal voting rights.

We did not endorse any poll result: ZESN

Storm over plan to bar Chamisa from polls

Supporters of localised voting insist the new system will prevent people from voting more than once. But those against it say it also makes it easy for perpetrators of violence to block supporters of a rival candidate, or party, from reaching their voting station.

The MDC-T secretary for elections, Seiso Moyo, told SW Radio Africa that the proposed voting system is “generally a good practice” because it does prevent multiple votes by individuals. But he said there are concerns that if the issue of violence is not resolved, voting can become problematic.

“People can be victimised or targeted after an election because in any local area they know each other. Perpetrators of violence can also block each other so that they cannot go and vote,” Moyo said.

Regarding Diaspora votes, ZANU PF insists their candidates are at a disadvantage because they cannot travel to campaign in countries that have imposed targeted sanctions on the Mugabe regime.

Moyo argued that every citizen must be allowed to vote “regardless of where they are” and the MDC-T would fight for that right when debate on the Electoral Bill begins in a few weeks in parliament. SW Radio Africa

Silence of the Lambs: The Angeline Tongogara story

We did not endorse any poll result: ZESN

Storm over plan to bar Chamisa from polls