Zanu PF battling internal divisions has now dismissed Marondera East MP Tracy Mutinhiri with immediate effect following recommendations by its national disciplinary committee. She also risks losing her job as Deputy Minister of Labour and Social Services after her colleagues accused her of working with the MDC-T. 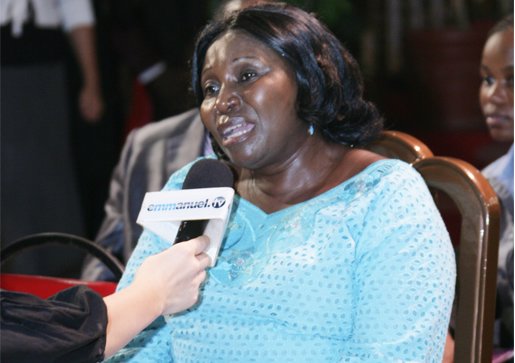 In July Mutinhiri infuriated Zanu PF big wigs when she accused the party of murdering opposition MDC-T activists. After Zanu PF thugs invaded her farm she accused CIO agents of wanting to kill her and dump her body in the Wenimbe dam “like they did to hundreds of innocent suspected MDC supporters in June 2008.”

Mutinhiri is locked in a bitter feud with State Security Minister Sidney Sekeramayi and others in ZANU PF, who accuse her of being too ‘cosy’ with the MDC-T and even cited a trip she made with Prime Minister Morgan Tsvangirai. The supreme decision making body, the politburo met on Wednesday and resolved to dismiss the former Women’s League national political commissar.

Business plotting to topple me: Mnangagwa

“It was unanimously agreed that she should be dismissed from the party with immediate effect. Politburo has taken that position and the secretary for administration (Didymus Mutasa) will advise her. We go by the decision of the disciplinary committee,” Gumbo said.

He said the Politburo was yet to decide on the fate of Mrs Mutinhiri’s position in Government. Mrs Mutinhiri was last month found guilty of violating the Zanu-PF constitution by the Mashonaland East provincial disciplinary committee.

She was found guilty of violating Article 3, Section 18 (1) of the party’s constitution for failing to be loyal to the party, failure to conduct herself honestly and honourably in her dealings with the party and public and bringing Zanu-PF into disrepute.

Mrs Mutinhiri was initially suspended from Zanu-PF on the same charges, but appealed against the decision to the party’s national chairman Simon Khaya-Moyo. In her appeal, she claimed to have conducted herself “with dignity and honour and never brought the party into disrepute and ridicule.”

Gumbo said the Politburo also discussed disciplinary cases involving former Zanu-PF Mashonaland West provincial chairman John Mafa and Jamai Mudhuvuri and the cases were referred back to the province. The Politburo was also briefed on the constitution-making process by Munyaradzi Paul Mangwana.

Business plotting to topple me: Mnangagwa