Popular Harare businessman and music promoter Mr James “Jimmy Jimalo” Chiyangwa has died. He was 47. Chiyangwa died at West End Hospital at around 3pm yesterday where his elder brother and flamboyant businessman Mr Philip Chiyangwa had taken him for treatment.

Philip said Jimalo was admitted at the institution earlier in the day after his condition deteriorated. Jimalo was diagnosed with cancer in the leg last year and doctors had told him that they would have to amputate it. “It is a huge loss to me, his wife, children, musicians and the Highfield community as a whole.

“The doctors told me that the cancer had spread from his leg up to the lungs and unfortunately we lost him because of that,” said Philip. Since last year Jimalo had been making several trips to South Africa for specialist treatment. 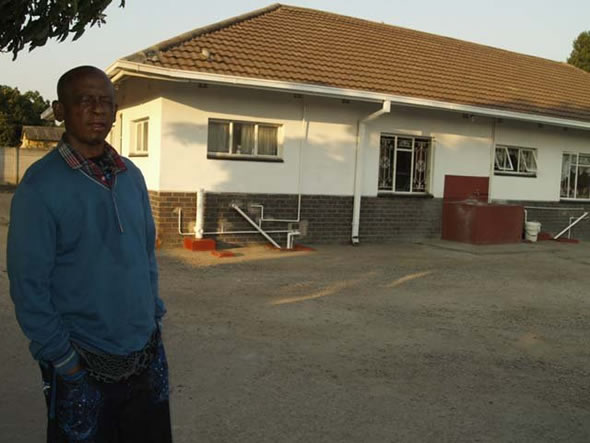 Philip said mourners were gathered at House Number 4288, Highfield, adding that Jimalo would be buried at their family home in Zvimba. The family had, however, not yet decided on the burial date.

“His (Jimalo’s) first born child is flying from Australia and once all family members have gathered, we will announce when my younger brother will be buried. Jimalo was a man of the people. He made me what I am today and there are so many places that man took me to which changed my life,” said Philip.

The Highfield community considered Jimalo as extremely humble because of his decision to continue living at his ghetto home despite his wealth. Philip said Jimalo owned several properties around Harare, including in affluent suburbs but had decided to stay with the people.

“He has left a fleet of buses, a nightclub and several bottle stores dotted around the country,” he said. Jimalo was the seventh born in a family of 14. He is survived by his wife Agnes and six children.-The Sunday Mail