Mali are not Barcelona: Duvillard

FORMER Zimbabwe coach Marc Duvillard has challenged the Warriors to believe in themselves and insisted that the Eagles of Mali can beaten in Sunday’s African Cup of Nations qualifier at Rufaro “because they are not Barcelona”. Duvillard who has been closely following every training session since the Warriors began their preparations on Monday revealed that he had been impressed by the work ethic of the squad and the talent among the players.

The Swiss coach also felt that local fans would play a big role in determining the outcome of Sunday’s crunch Group A encounter. He added that Zimbabweans should not read much into the fact that the Eagles have the majority of their players plying their trade with various clubs in the French leagues.

Mali are second on the group standings with six points, four ahead of the Warriors after three rounds of matches while Cape Verde, surprise packages in the pool, lead the table with seven points from as many games. The Eagles, who are without star Barcelona midfielder Seydou Keita for this match, are expected to fly in at 3.55pm today from South Africa where they been holding their training camp since Monday.

But for all their somewhat glittering line-up, Duvillard said the fact that the Warriors had battled hard before narrowly losing 1-0 in Bamako on March 26 had shown that the Eagles were not invincible. “It must also be remembered that Mali’s professionals are coming from a very difficult and long season and physically they are not at the top of their condition, I would have been worried if we were playing them around September when the European season would have just started.

“The pitch at Rufaro helps to keep the ball on the ground which should help us. Mali are not Super Men, they lost to Cape Verde away and I am told we battled well there and narrowly lost. We are not going to play Barcelona so there is nothing to fear”. Duvillard is now a director at the Aces Youth Academy and has during his long stint in this country helped shape the careers of a number of players, including the current Warriors quartet of goalkeeper Tapuwa Kapini, midfielders Tinashe Nengomasha and Khama Billiat and striker Knowledge Musona.

Yesterday the Swiss mentor also threw his weight behind Norman Mapeza and said it was also imperative that Zifa looked beyond just Sunday’s showdown between the Warriors and the Eagles when they make crucial decisions on the state of the national team’s dressing room. “The key to this game will be the supporters, they cannot afford to boo their own players at this stage, this is when you need their support the most.

“Mali are stronger physically and we have to use our speed and ball possession. We do not have to hurry things, the supporters should understand that the team has to build up their attacks. If we take time, retain the ball and choose the right moment to attack when we have created the openings, then we should win . . . don’t make accident football where you just pump the ball forward and hope you can score,” Duvillard warned. 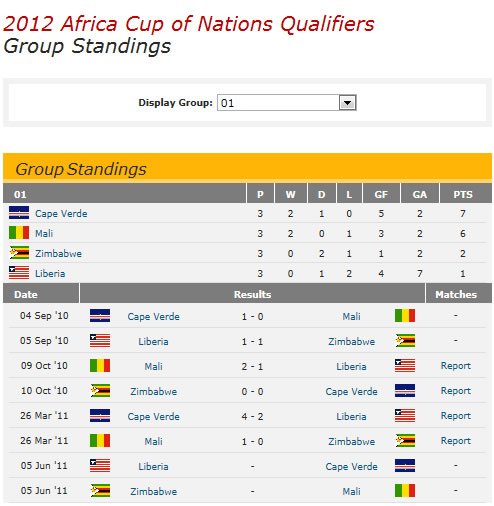 The former Black Aces coach also felt that the team’s return to Rufaro could be an advantage to the Warriors given their style of play and the difference in physical stature between the two teams. The West Africans are naturally bigger while the smaller Warriors could make up for what they lack in physique with their pace and skill.

“It is crucial for Zimbabwe to win this match and watching this group in training all week, I can see it is a very good bunch with a lot of talent and a young and good coach who is in the right direction . . . you can see that they all have the same ambition to succeed. It is up to them to go onto the field on Sunday and stamp their authority because the quality is there.

“I hope they can continue like that and I hope Zifa for once will be strong enough not to feel pressure to disband this squad and their technical team even if they do not qualify for the Nations Cup. We also have a very good Under-23 squad that should provide the right back up for this team but all this needs time,” Duvillard said.

Duvillard also felt the Warriors would be able to handle the pressure that comes with playing at home in such a high profile game. “If Knowledge can score two goals against Orlando Pirates before 84 000 fans and if he can score a penalty in Durban before more than 40 000 fans then that means he can handle pressure. “It is the same with Khama at Ajax, Method at Sundowns, the players who are playing in Europe and even the players who are here who play before big crowds at Rufaro but the fans have to play their part as well,” Duvillard said.

Coach Mapeza and his assistant Joey Antipas welcomed Kaizer Chiefs hotshot Musona back in training as they tried to emphasise the need to be tight at the back and also polished up on the team’s attack and finishing from the midfield to the final third. Musona had sat out Wednesday’s training after complaining of pain in his right knee. Mapeza has all week admitted that his charges would have to find the target and the former Zimbabwe skipper is hopeful the goals that have eluded them in their two previous assignments, will finally flow on Sunday.

Meanwhile veteran South African referee Daniel Bennett will handle the match with the assistance of his countrymen Thusi Siwela and Somi Luyanda with Victor Gomes as the reserve referee while Rwandan Celestin Musabyimana will be the match commissioner.