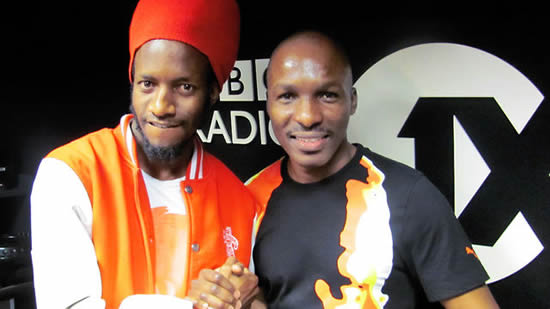 When dancehall star Winky D experimented with live instruments at this year’s Harare International Festival of the Arts it was risky but successful. Not only did he put up a good show but he also raised the stakes high for himself.

The Kambuzuma-raised emcee whipped the audience into near frenzy on a sun-drenched afternoon on the Coca-Cola Day at the Telecel Main Stage. Judging by the reaction of music lovers who packed the Telecel Main Stage, there is no doubt that Winky D remains the most popular dancehall artiste in Zimbabwe.

The Bigiman as his adoring fans call him was simply a showstopper as scores thronged the main stage for his memorable concert. Smartly dressed as usual, Winky D, real name Wallace Chirumiko, had come prepared for the show and he delivered a high energy performance with special effects from the DJ.

The concert peaked with each song and fans both young and the old, sang along to his music. He performed all his hits including “Butsu”, “Hapwa”, “Messi WeRaggae”, “Takaipa Takaipa”, “Vanotaura”, “Bus Di Shot” and “Musarova Bigiman” which he delivered so well.

Unlike other performances where he goes off-key, at the weekend’s concert, Winky D sang the right key and fans loved every minute of it. He had great control of the crowd and it was hardly surprising that he got carried away by the fans who cheered on the magnificent performer.

But Winky D has to learn a thing or two about stage etiquette. One of the things that he shouldn’t do is to allow feedback on stage. He made the mistake when he dropped the microphone on the floor and secondly, he should stick to the time unless the audiences call for an encore.

Performance-wise, Winky D proved his mettle and made Coca-Cola’s 125 celebrations worthwhile. The performance was brought to Hifa by Coca-Cola as part of localising its global celebrations and give Zimbabweans a chance to celebrate with the rest of the world.

Harare International Festival of the ArtsHIFA

Mnangagwa punished me for refusing to support coup plans:…